The Essence of Poetic Hospitalty-Ivor Hogg 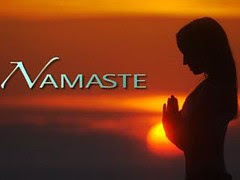 The Hobos on the Poem Hunter Forum Train 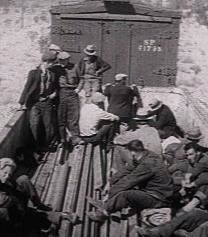 A POEM OF LIFE 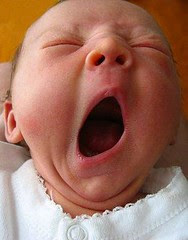 A POEM OF LIFE
Originally uploaded by firoze shakir photographerno1

In the beginning was the word -Poetry Spam 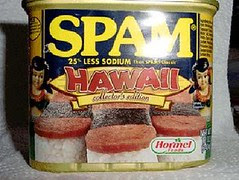 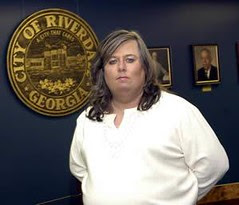 Georgia Fuller, who placed third in a field of four candidates for the Ward 2 seat Bruce holds, and Stanley Harris, who lost in the Ward 4 election, filed the lawsuit Nov.13. Bruce has represented Ward 2 since 2004.

“They’re trying to make [my gender] an issue, ” Bruce said Tuesday. “Saying stuff about me being a guy. That’s the only thing they can make an issue of — gender and race because they can’t make an issue of my work for the past four years for my constituents.'

An attorney for Fuller and Harris could not immediately be reached for comment.

Bruce faces a Dec.4 runoff election against Hall. Bruce received 312 votes, or 41 percent, in the Nov.6 election, compared to Hall's 202 votes, or 27 percent. In Georgia, candidates must receive '50 percent plus one vote' to win without a runoff.

In the lawsuit, Fuller and Harris refer to Bruce as “Michael Bruce” and claim she misled voters. Bruce, who identifies openly as transgender, won her first race as a woman and was unopposed.

“Prior to the Nov.6,2007 general elections in Riverdale, Michael Bruce fraudulently misrepresented on his ‘Notice of Candidacy’ that his legal name was ‘Michelle Bruce’ and unlawfully misled voters to believe he was female, ” the suit states.

The lawsuit further alleges “On or about Nov.6,2007 and prior to casting his vote in the Riverdale general election, Michael Bruce fraudulently misrepresented to the poll workers that his legal name was ‘Michelle Bruce’ and that he was a female.”

Bruce said she is identified as female on her driver’s license, voter registration and Social Security card. She declined comment on what sex is on her birth certificate.

“That’s a personal issue, ” she said. “I’m the same Michelle I was four years ago. They’re just trying to distract from the issues.” Bruce also declined to say if she has legally changed her name from another name.

Deana Johnson, city attorney for Riverdale, said an answer to the lawsuit was filed Nov.20 and denies all allegations in the suit including fraud by Bruce. She said the city is awaiting a hearing date.

“She is Michelle Bruce and has been for the past four years, ” Johnson said. “She is identified as female on her drivers license. This is a frivolous suit. I really don’t understand what the allegation is.”

Matt Carrothers, spokesperson for the Secretary of State's Office, said there is no place to identify gender on the form people file to run for political office in state, county or municipal elections.

“Nowhere on the form does it ask for the sex of a person, ” he said.

He confirmed Michelle “Mickey” Bruce is listed as a female on the state’s voter registration records.

“The state of Georgia voter’s registration does ask for gender, although people are not required to answer that question, ” he said.

The Secretary of State’s Office does not verify gender given, he added.

Kyle Bailey, political director for Georgia Equality, said the organization is working to make sure Bruce has her chance to win in the Dec.4 election. He dismissed the merits of the suit.

“They name her as ‘Michael’ in the suit — that is not her name, ” Bailey said.

“However, Michelle is a prime target and it is important our community understand that they have attacked the LGBT community and tried to make it more valid by attaching it to another issue, ” he said.

In the suit, Fuller and Harris also accuse City Clerk Thomas of tampering with voting machines.

Thomas declined comment on the lawsuit, but did say the city has no documents on file saying whether Bruce is female or male because the state does not require that information.

Denis Dison, spokesperson for the national Gay & Lesbian Victory Fund, which works to elect openly gay, lesbian, bisexual and transgender candidates, said the organization plans to go “all out” to preserve Bruce’s place as the top vote getter and to make sure she stays on the Dec.4 ballot.

Dison added that this kind of lawsuit — suing a transgender person alleging fraud based on their sex — is something he has never heard of in politics. However, there are only a “handful” of openly transgender elected officials in the nation, he added.

“This sounds like a classic tactic to reverse an election by people because it didn’t go their way, ” Dison said. “Lawyers we’ve spoken to say the suit has zero merit. Ironically, they accuse Michelle of trying to pull the wool over the eyes of the voters — but she served as openly transgender for four years.”

“It’s mean-spirited. It reminds me when I was in high school on the debate team and people would pile on a bunch of junk hoping it would stick, ” she added. “It’s dumb. She’s been there four years and never hidden who she is.”

In September 2004, after serving several months on the City Council, Bruce told Southern Voice she was born intersexed and identified as transgender, and said she has lived her entire life as a woman.

“All my life I’ve had to listen to, ‘You’re gay, you’re a fag, you’re a man in a damned dress’ or some other snide remark, ” she said at that time.

“Now, I’m trying to make a difference the best positive way I can. I’m trying to do what’s right for everyone, doesn’t matter if they’re transgender, gay, lesbian, straight, black, white or whatever.”

In April 2005, Bruce attempted to get legislation passed to add sexual orientation and gender identity and expression to the non-discrimination policy in the Riverdale city personnel handbook. The measure was defeated by a 3-2 vote.

Bruce, who lives with her mother, said Tuesday that the lawsuit is painful, as is an anti-transgender website administered by anonymous opponents to mock her.

“This is a smear campaign. Transgender means a lot of things, it can mean a lot of things, ” she said. “I’m going to focus on the issues, like getting jobs for people, taking care of our elderly, helping our young people, giving the tools needed to fire and police to protect us.'

Bruce also said her case is an example of why gay, lesbian, bisexual and transgender people need to be open in their smaller communities and seek office.

“They don’t like anyone who is LGBT, not only here in Riverdale, ” she said. “With more LGBT people in office, instead of me being the issue, the community is the issue.”

“I don’t want your kind in here in anymore “
Said the preacher to to 12 year old Michelle Bruce
She who later became the Toast of Riverdale City Council
A Transgender who has been character assassinated and abused
Even now a suit is against her for misleading voters about her gender
By Georgia Fuller 71 for election fraud stands accused
It gives her an unfair advantage the situation undefused
Politicians –criminalization of politics for power to get it by any ruse
“People do fear what they don’t understand, ” she said.
Not sounding amused
Also working for the National Gay & Lesbian Task Force’s Transgender Civil Rights Project…she is making news
“I want this city to thrive and grow.”
Green clean and spruced 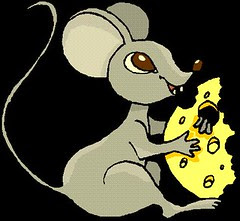 www.gone-ta-pott.com/mouseandcheese09.GIF
Thank you Cheesbit
Your poem highly entertaining
great hit
should hurt those
among our lot
whom the cap fits
but this indian poet
when he squats only poem shits
if you had my creative juices
you to would be shitting with me
in the dog pits
and among poem hunter
Top 500 Hits.. 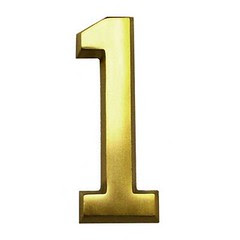 POETIC PAUSE -EFFECT WITHOUT CAUSE 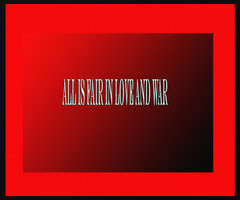 Those who say they only disagree
With me..I point of which I am aware
Well I never asked for their opinion
Nor did I ask them to share
Or give me their views on
What I write or what I wear
Those who use such mode
Of thought to attack and provoke me
Are Racists I declare
When I counter attack
They say I am being very unfair
But I have nothing but my
Black skin that I need not bare
A few words in a photo blog
False facades that I tear
Everything is fair in Love and War
It is a white mans saying
To break fences
No mending or repair
Poetry is a divided world
Black v/s White under their
Poetically pretentious smiles
Gritting their teeth they swear
As another attack they prepare
Why don’t these poet pen pushers
Mind their own goddamned affairs
A few
At a poem hunter barber shop
Getting their whiskers trimmed
sitting on a barber’s chair
A few going into memory lapse
Seeking the comforts of a lunatic asylum
And instant mental care
A few write such beautiful poems
Filching it from others
Will soon be millionaires