Racialism is Alive and Kicking -Banned

subject ..Regarding my Banning

I have been a member of Poem Hunter, and kept to myself, you can peruse my comments to other poets all in your records, I have been a victim of racial abuse at the hands of Mr Allen James Saywell , and inspite of messages to you regarding his attitude to me threats he made to me,that I posted in my poems the PH management did nothing.
Than came the Carsewlls, Ian Bowen and others.Andrew Mark Wilkinson has deleted his poems in which he wanted to screw my wife and daughter.
What would you have me do..
I wrote back ,I may have been abusive but I am HUMAN .
There is racism existing in Poem Hunter that I wrote as a parody in my poems but nobody paid heed, there is no proper guidelines , no moderation at the forum.Only hate prevails and the Poem Hunter Forum is in the hands of Mr Hogg , Elysabeth Faslund who are all ratings obssesed , they would do anything to reach the top.
About the crashing of her votes I sent you a public message , to find out who was the culprit from your end you did nothing.Your silence made her believe I was the culprit.
You banned me I took the ban order gracefully and with humility, I dont need to come from the back door as I have not committed any guilty act .
I am the victim of racial abuse and instead of punishing my aggressors , you punish me.
I still accept this without any grouse.Your website is vulnerable to hacking, yesterday someone posted a poem on my name, I informed you of the same , but I guess I am just a small fry of an Indian poet.
I hereby again give you an undertaking if I have unintentionally hurt somebody I apologize , and would like you to review my case.
Justice should be unbiased and should be equal for all...
Thanking you
As Ever
Firoze Shakir
Love Poetry Hate Racism
Hubcap Shit Head

SOME OF US ARE FINDING THAT EFFORTS TO CONTACT PH MGT' ARE BEING BLOCKED AND THE MESSAGES RETURNED. HAS ANYONE EVER HAD A MESSAGE FROM MGT VIA gmail? OLDER MESSAGES I HAVE HAD, HAVE NOT BEEN VIA gmail.
POEMS ARE DISAPPEARING. HATE MAIL IS BEING SENT WHICH THE SUPPOSED SENDERS HAVE NO KNOWLEDGE OF. POEMS ARE BEING POSTED WHICH THE ALLEGED AUTHORS CLAIM THEY HAVE NOT WRITTEN. ACCESS TO MGT' IS BEING BLOCKED. POEMS ARE DISAPPEARING AND REAPPEARING. STATS ARE BEING FOOLED AROUND WITH AT HARD DRIVE LEVEL. IMPERSONATION IS OCCURING ON A GRAND SCALE, AND SOMEONE IS TELLING PORKIES.
SOMEONE HAS SOME EXPLAINING TO DO!

Has anyone else had a message, allegedly from PH mgt' that was sent via a gmail account? ? ?
Someone may be taking us for a tat ah!

you can fight a few racists
give them punches
of abusive words
but you cant
fight all racists
as the system
protects them
these bullish herds
criminalised to cause chaos
these hate filled cybernetic nerds.

Somebody hates me real bad at Poem Hunter

To: "Emily T"
Dear Emily
I abide by your decision to ban me, and what really hits me in the gut is some one is impersonating me posting poems , I have sent a message to your support, I think you should check on this, as it hurts my reputation, I may have flaws but I am not vindictive..Somebody really hates me a lot on Poem Hunter . and I reiterate I have never hassled any poet ..I attacked when somebody attacked me..
Racism does exist in the Poem Hunter Forum.. but you wont see it I am sure .
Whatever poems I post are also posted as blogs on my various sites..

So please check on this person and get to the bottom of it..
My appeal to you on humanitarian grounds..

As Ever
Firoze Shakir

No Human Rights No Olympics 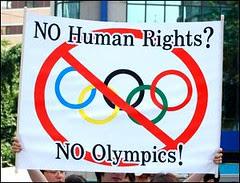