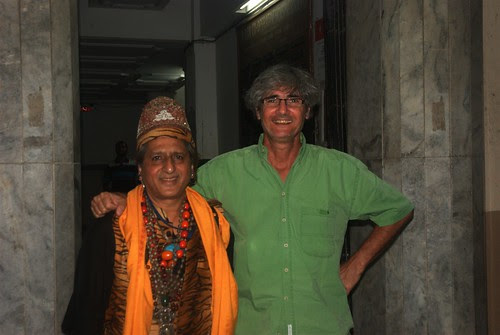 Jean Marc once known as Drunken Gekko at Buzznet where my first blogs were born has come to Mumbai for the first time .

He called me up and I went to see him at his hotel at a seaface in Mumbai..

It was a memorable meeting with one of the most creative photographers in the world, and Jean Marc is a standard of ones aspirations to be a good photographer too.

At Buzznet it was Yorrik who discovered me but it was Drunken Gekko who kept my blogs alive with his continued patronage , and his encouraging comments .

He moved from Buzznet to Flickr and I followed him soon..we have thus been internet friends for 6 years or more.

He is a French Man based in Reunion.

His brother Olivier too was a good friend at Buzznet but that was a long time back..

From his hotel I took him for black tea at Mathura Dairy Churchgate .

There was so much to learn from this wise man and prolific photographer master of post production techniques too.

I took Jean Marc to my late mothers house at Strand Cinema Colaba , he met my brothers and from there I took him for dinner to Martins Goan Restaurant a land mark as famous as Cafe Leopold for backpackers.

As he was not carrying his camera and I always have one on my person I shot these pictures ,I could have posted them last night , but I goofed pictures were shot on Raw and this is the camera that another good friend Dr Glenn Losack sent me as a gift with the Raw settings I was using it for the first time..and I was not sure how to convert them to JPEG..

So I am an amateur after all, my son helped me do the needful..this afternoon.

So we both Jean Marc and I shine in the drabness of a flash lit background of my late mothers house at 3 Mohini Mansions .

I must confess I was to collect my grand daughter Marziya Shakir from Dadar , as she was arriving from Lucknow I gave it a miss as I felt I did not want to be a spoke when Marziya meets her Dad , he was going to the station to collect her too.


Fom Martin Goan restaurant I dropped Jean Marc to his hotel , took a local train back to Bandra from Churchgate .

The train ride was real bad the train was packed because of Holi , and the only joy was reaching home and Marziya jumped into my arms.

And by late late night an incident made me remove my pictorial presence completely from Facebook..And perhaps this decision a very painful one might be a blessing in disguise , I am not very good at social networking or chat I used Facebook to promote my street and Hijra blogs including the religious genre of the other subjects I shoot..
It was good till it lasted and my leaving Facebook is a personal decision , nothing to do with my Facebook friends or Facebook management.. 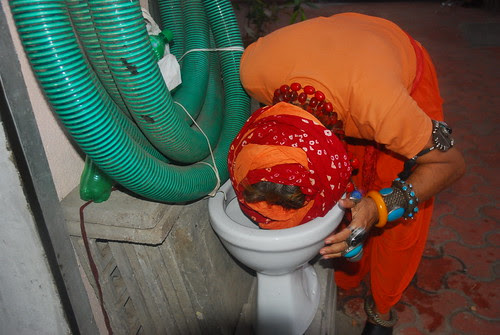 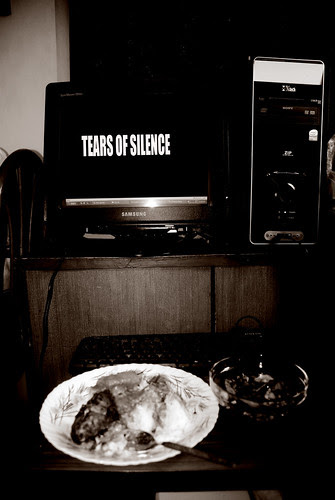 A Poet in Seep Shit 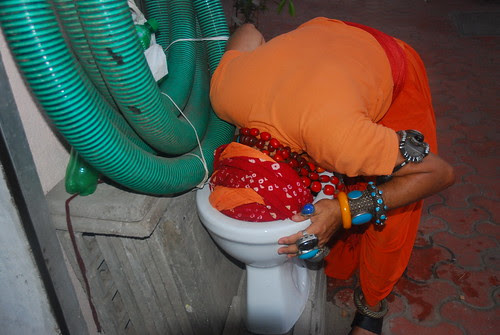 For Personal Reasons beyond my Control and not because of Facebook or anyone of you I move out of Facebook completely .. Thanks for your Friendship youtr love your comments I will be only posting my stuff at Flickr..I have not deactivated my Facebook account yet..I have almost Lost it.. Firoze Shakir

Thank you Meta Verse I am in Deep Shit,