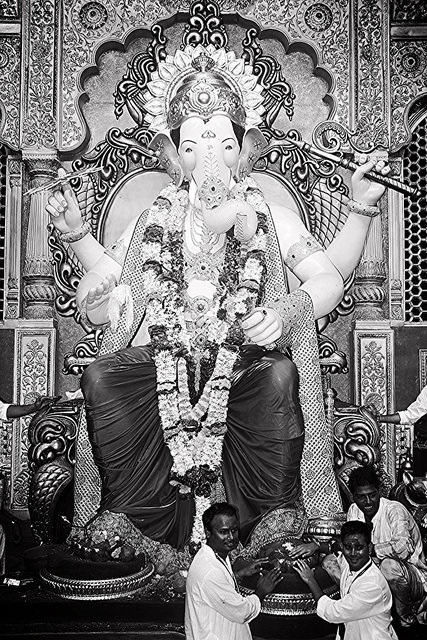 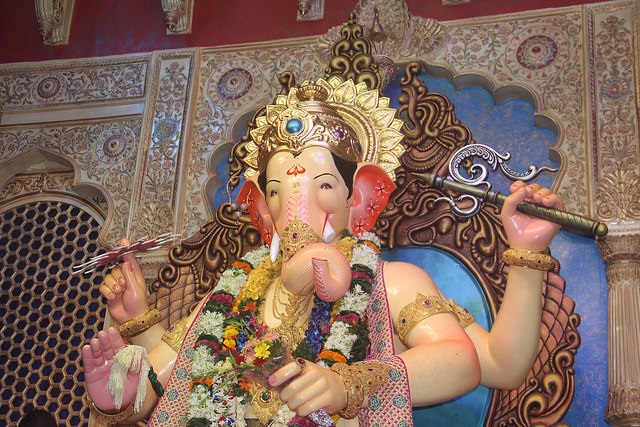 The Beggar Poet At The Court of Lalbagh Chya Raja 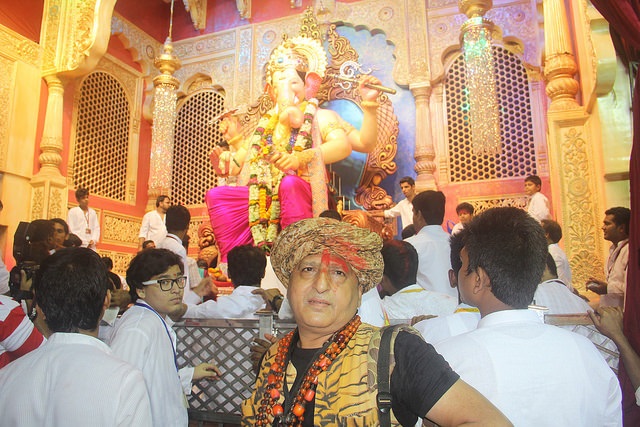 Email ThisBlogThis!Share to TwitterShare to FacebookShare to Pinterest
Labels: The Beggar Poet At The Court of Lalbagh Chya Raja

The Magic Of Lalbagh Chya Raja 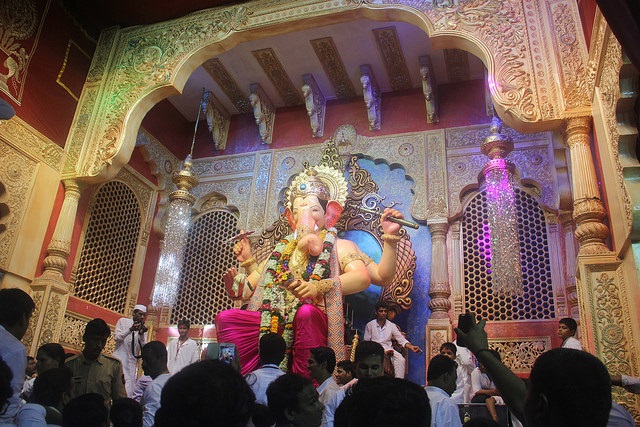 Lalbaugcha Raja (Marathi: लालबागचा राजा) is the most famous Sarvajanik Ganapati, [1] kept at Lalbaug, a prominent locality in Mumbai during Ganesh Chaturthi festival. The idol is kept for public display for Eleven days thereafter it is immersed on the auspicious day of Anant Chaturdashi.

It is believed that this Idol of Lord Ganesha is Navsacha Ganpati (Marathi: नवसाचा गणपती) (which means the "one who fulfills all wishes") and hence over 1.5 million people visit this Ganesh Pandal daily during the 10 day Ganesha festival. [2]

Since the last few years, a few days prior to the Ganesh Chaturthi, a Mukh Darshan Ceremony (Lalbaugcha Raja's first look and photoshoot) is organized by the Lalbaug Sarvajanik Ganeshostav mandal. Last year the ceremony took place on Thursday, September 5, 2013. This unveiling of Lalbaugcha Raja is covered every year by all national and regional channels.[3]

There are two queues for taking blessings of the Lalbaugcha Raja - Navsachi Line and Mukh Darshanachi Line.

The Navsachi line is for people who want to get their wishes fulfilled. In this line you get to go on the stage and touch the feet of Lalbaugcha Raja and take his blessings so that all your wishes get fulfilled. However this line attracts huge public and it takes around 25 – 30 and sometimes up to 40 hours to get darshan in this line.

The second line in meant for Mukh darshan i.e., to get a glimpse of Lalbaugcha Raja Ganesha Idol from some distance without going onto the stage. This line also attracts huge public and it takes around 5 – 8 hours and sometimes up to 12 – 14 hours to get darshan in this line as well, especially on Weekends. [4]

The Mandal, formarly known as 'Sarvajanik Ganeshotsav Mandal, Lalbaug' was founded in 1934,[6] because of a vow (Nav'as) for construction of the present Lalbaug Market at its existing place. The market place at Peru Chawl was shut down in 1932. Hence, the fishermen and vendors who used to sit in the open place vowed to Ganesha for permanent place for their market. With the consistent efforts and support of the then local Councillor-Late Shri. Kuwarji Jethabhai Shah, Dr. V. B. Korgaonkar, Shri. Nakhawa Kokam Mama, Bhausaheb Shinde, Dr. U. A. Rao and the local residents, the landlord Rajabai Tayyabali agreed to give a plot for construction of a market. As fulfillment of their wish, the fisherman and the traders established the Ganesh Idol on 12 September 1934. The idol was dressed in the customary fashion of fisherman. Since that day onwards, this idol of Lord Ganesh has become popular as He fulfills the wishes of devotees. The Mandal was formed in the era when the freedom struggle was at its peak.

The Idol[edit]
The Lalbaugcha Raja Ganesh idol has been sculpted by the Kambli family for over eight decades now. The Kambli family have their workshop in a little lane off the main road in Lalbaug, not very far from where the pandal is located.

The father of Ratnakar Kambli, who is the current head of the Kambli family, was a sculptor of idols and would have roaming exhibitions at festivals across Maharashtra. He began sculpting the idol for Lalbaugcha Raja in 1935, when some of his friends recommended his name to the organisers of Lalbaugcha Raja. After his demise in in 1952, his eldest son Venkatesh took over, and after his death, Ratnakar Kambli, the current head of the family, started designing the idol.

Kambli Arts makes the parts of the Lalbaugcha Raja idol at its workshop and these are then taken to the pandal where they are assembled and painted. Finally, Ratnakar, who is 73 years old, goes to the pandal and draws the eyes the height is 20 ft 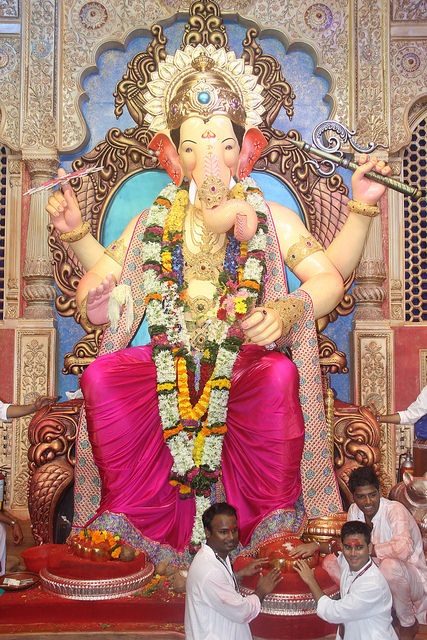 We came to the pandal at 7 .30 pm..Sagar Bekal my friend was with me ,, but I met some new friends like Dharmesh Chouhan a good photographer .. he shot my video too.

And I just removed a glass piece from my feet at home now ,, being a diabetic we are hardly aware of all this while shooting barefeet.

And now I am uploading my camera photos to my new set on Lalbagh Raja Visarjan 2014 .

It is a long series with a lot of street shots of beggars .

I have kept my grand daughter Marziya Shakirs 7 birthday pictures on hold , she celebrated it last evening.. the young street photographer of Bandra and a Canon user like me .

We all use Canon....like a cannon