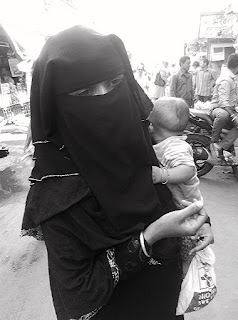 he was ashamed
his mother begging
invoking Allahs name
martyred motherhood
burning in flames a
symbolic thought held
in a picture frame ,,
how a young mother like
her a beggar became
who was to blame ,,
a husband who forced
her to beg on the streets
what was his aim ..
master of the game
perhaps he was watching
from the distant her earnings
he would claim..


This is poetically inspired by an incident ,, a muslim guy would drop his wife two children in the evening outside the Tata Agiary ,, a little child begging with the mother and another child a girl doing her homework.. and the moment I went to shoot her picture she would abuse me ,, my workplace was close by those days at Bandra Hill Road and one day I waited and spotted him dropping them near the fire temple ,,

There are many beggar stories women forced to beg after being married off to a beggar ,,,and as my documentary is on Muslim beggars of India ,, I fervently shot them felt their pain .. women begging outside mosques ,,dargahs ,, the system cant find out the cause nor help in their rehabilitation. 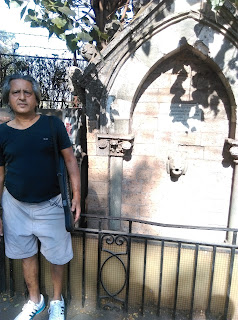 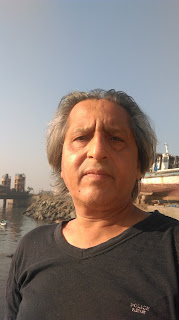 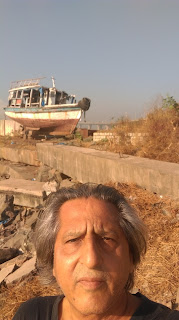 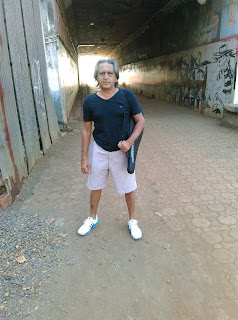 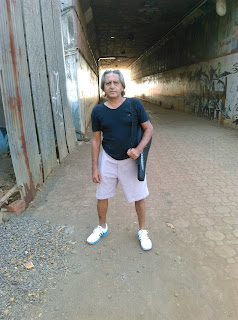 I left my house early morning at 7.45 am to play Tennis under Coach Surendra Pawar at MET Tennis Courts Bandra Reclaation..
After I had completed my tennis session I walked out timing myself with RunKeeper App..this time I did not take the path through the Rang Sharda Slums and the tunnel that leads to Bandra Reclamation Promenade and the shore ,..seafront the biggest open air toilet ,,with dark bums sunbathing in sea foam on the rocks .
Instead from the MET Courts I walked towards Lilavati Hospital towards the promenade end off the sea link ...I reached the promenade till the end crossed the parapet wall came to the deserted end and this time walked on a hillock that leads to the Khandeshwari temple and slums shot pictures and a video of a gyy called Asif who feeds stray cats ,,I took the steps and here is a garden full of lovers hugging each other and women in hijab and their Salu cloned studs I now came out near the Taj lands end and Fr Agnel Ashram.. I walked the entire Bandstand reached Waroda road from Warodar road to Bandra Bazar road and finally home /
I had walked without getting tired for over 2 hours non stop..and breakfast at home was Muli ke pararthe and Kaythe ki chutney .
I showered went out again and walked to get some work done for another 4 kms .