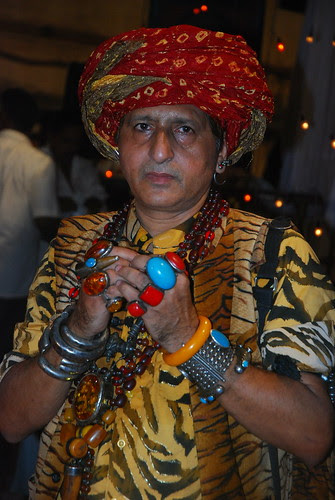 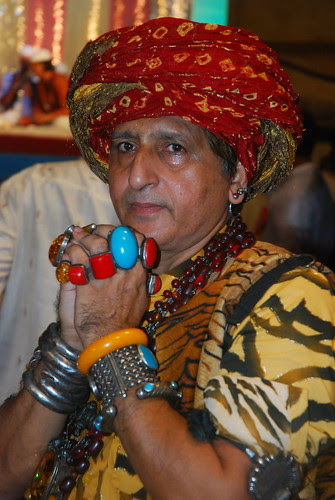 Sherkhan does the still photography of all the functions of the Mahim police.
And here he has shot me exposing the street angst of a blogger.

Bhar do jholi meri ya Muhammad 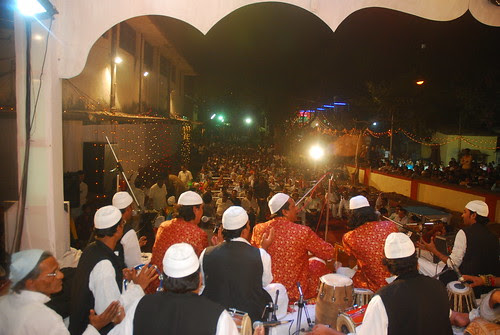 Bhar do jholi meri ya Muhammad

Invoking the Bounty of the Holy Saint Baba Fakhr 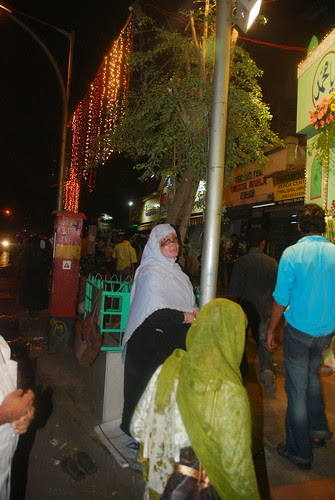 They stand outside the Dargah doors invoking the Holy Saint Baba Fakhr and he gives without holding back, he gives abundantly , women helpless beggars all waiting for a sign of hope..
I am not a Sufi adherent but I have something special for Baba Fakhr, I have always come here Urus after Urus as a photographer sharing his message of Peace with all of you on the net.

Wahabbism can never produce Saints like this who bough communities together, without bigotry , maybe all this is considered heretic by overzealous Muslims but I prefer this heresy than the bullets that kill the soul of Islam by a Jehaddi.

And with this I conclude my set of Baba Fakhruddin Shahs Urus 2009 at Flickr - 405 picture blogs of peace.

And I dedicate this set to Mr Jethmalani who had the guts to say what he had to say about sectarian strife in Islam and terrorism promoted by the self same custodians of Islam..
Modern Yazidiyat in the guise of petro dollars cannot buy the Humanity of Hussain. 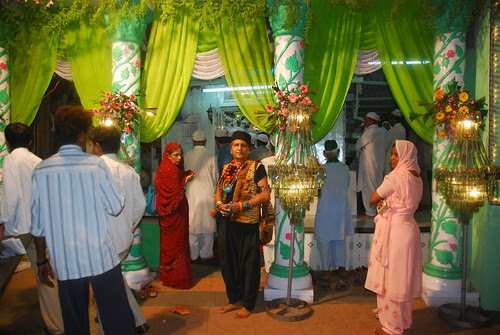 A Message of Peace On Facebook, originally uploaded by firoze shakir photographerno1.

Firstly let me introduce myself. I am SS s friend in Singapore. Just saw in one of the newsfeeds she had commented on one of ur pctures in street photography and curiousity has it, I ended up browsing your pictures for last 3 hours. haha sorry to be stalking.

Some of your pictures amazed me, others made me extremly uncomfortable (no negative connotation to it!). I am impressed by the fact that you are able to capture the moments the world will flinch at, call it 'gross'. I love it. Admittingly, for some pictures, I quickly pressed next and looked away. With all due respect to those pictures, I dont think I am strong enough to absorb it all.

Since I browsed through your profile, appreciate your pictures, the humbleness and beauty in what you have captured, I thought i must write to you. In nutshell, your pictures had an impact on me, something I cannot figure out yet. I can only explain it by bloodrush, increased heartbeat and impulse to stand up.

I am going to Pakistan in January and will be visiting some shrines in Multan. Looking forward to the experience.

Yet again, India has given me another reason to visit.

I am sick and tired of receiving shit mail in my in box..I received this one and I fail to understand if one has a gender problem contact a psychiatrist or a counselor why the fuck bombard me with your frickin problems..

I blocked out a lot of guys who added me on Facebook just to use me as a pimp to get details of hijras.

I am a photo blogger I shoot hijras nothing more nothing less..I shoot them as humans and you out there read them as porn..stick your head in the toilet and flush it away once and for all.

I have also blocked my comment boxes at Bloggerspot.
Flickr was a night mare till I blocked comments completely.

Here is the message sent to me ..

I am a good looking 26 years old guy from pune. The reason I am contacting here is since last couple of years I am feeling very much attraction to the good looking transgenders, transveites and Hijras. it started all on the Web. I do not have courage to directly go and talk directly with any person who has same characteristics. Also I am feared of HIV. Could you please help me out and provide me details of anybody who is looking guy like me. if the person is from pune it will be really great. I am really looking for long term relationship and its not only sex which will be involved in it. Pleae help me in this situation. I am really looking for positive response from you guys.

Doing The Kaif On The Mean Streets of Mahim 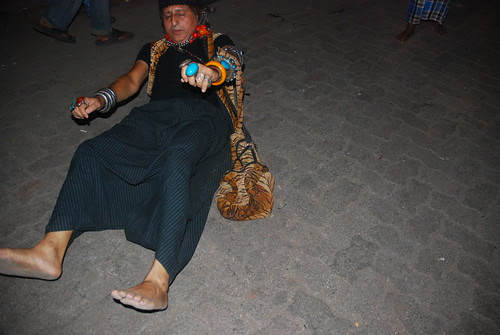 Doing The Kaif On The Mean Streets of Mahim, originally uploaded by firoze shakir photographerno1.
By Firoze Shakir Photographer No1 - December 16, 2009

Doing The Kaif On The Mean Streets of Mahim 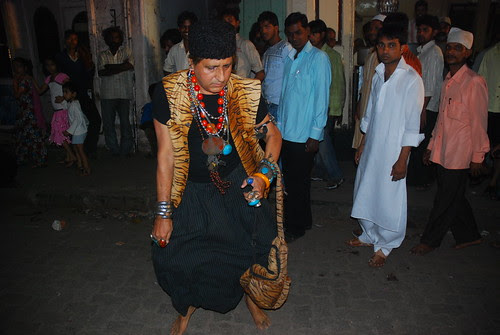 Doing The Kaif On The Mean Streets of Mahim, originally uploaded by firoze shakir photographerno1.
By Firoze Shakir Photographer No1 - December 16, 2009 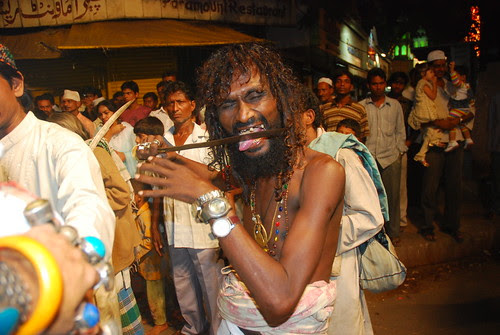 What endears me to the bawas is their sense of privacy, they keep their thoughts to themselves , I dont badger them with questions I shoot pictures and let the pictures do the talking..

This bawa makes excellent tea , the very best.. and I shot him preparing the brew at Ali Maulah Dargah 90 feet road Dharavi.

The bawas are all apolitical like me, they dont care a finger fuck who runs the government, they are happy with the chillum as there can be no smoke without fire.

Their patrons from the seamier side of society keep them happy with good food and good smoke. 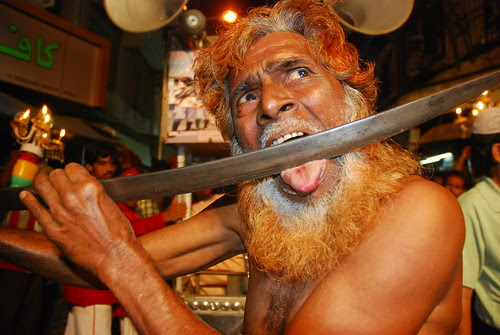 I dont take it along as it is heavy and intrudes its phallic presence on the soul of policemen and those that hate photographers.


I shoot from close and the rafaee swords dont scare me as the Shia flagellating blade and the Shia sword does..

I shoot barefeet respecting the ground where the ritualism takes place..I believe its the subject who should be more eloquent than the photographer..

The photographer is a mere holistic sutradhar creating a bond between mind and matter..

And it is not the camera but the magic within the third of eye of Shiva embedded in a Muslim mind too that creates pictures ..

Beauty lies in the eye of the beholder I told that to a blind man.. he said yes I see it more clearly now than when I had eyes.

Shooting with your closed is what photography is all about, this is a Sufi metaphor..

Photography is music you play it by ear, and practice is what matters ..

Street photography is the mother of picture taking..you capture the essence of godliness as found on the garbage heap of life..

Incidentally of late I have begun shooting all garbage sites in prime locations of Bandra..dont ask me why.. 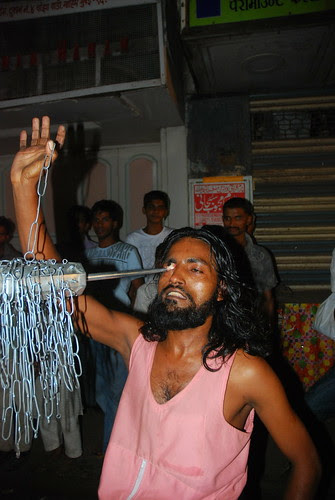 Now you will perhaps understand why I dont miss the Sandal procession of Fakhruddin Shah Baba every year.

And it is the first time this sandal I decided only to shoot the Chancawalli Rafaees, normally I shoot other guys doing sword stuff , I gave it a total skip...

But I am not greedy for pictures as a poet I learnt when to end my poem and when to stop shooting as a photographer ..

And I believe if a picture is destined to be shot by me there is no escape for that moment it will reach the internet come what may.

And soon in a few days all this will stop on my photo stream at Flickr, no more fun , no more frolic as a Shia I will go back to my roots , my dress code will become black, no whites no greys..

Minimal jewellery and totlly devoid of it durng Ashra and Chehlum, no more kaif just cutting my head and doing the Tandav on the soul of Shimr and Yazid.

Muharram (Arabic: محرم) It is the first month of the Islamic calendar. Instead of joyous celebration, Muslims mark the beginning of the New Year by taking up the black attire of sorrow and participate in mourning gatherings in which the sacrifices of Husayn and his companions are commemorated.It is one of the four months of the year in which fighting is prohibited. Since the Islamic calendar is lunar, Muharram moves from year to year when compared with the Gregorian calendar.

Muharram is so called because it was unlawful to fight during this month; the word is derived from the word ‘haram’ meaning forbidden. It is held to be the most sacred of all the months, excluding Ramadan.It is the same month when Husayn, the grandson of the Prophet Muhammad, was brutally massacred in Karbala alongside his family and friends in the year 680 CE/61 AH.

Their martyrdom is a sad day for all Muslims, especially the Shi’a, who hold mourning ceremonies to recall the righteous virtues for which the valiant martyrs stood and the grave calamities that they thus had to bear. The commemoration of this brutal massacre (Battle of Karbala) begins on the first day of Muharram and reaches its climax on the 10th of Muharram, the day of the battle, known as Ashurah and continues for 40 days or 69 days.

What is Ashura ?
Ashura (عاشوراء transliteration: ‘Āshūrā’, Ashura, Ashoura, and other spellings) It is on the 10th day of Muharram in the Islamic calendar and marks the climax of the Remembrance of Muharram but not the Islamic month. It is also called Yaumu-l ‘Ashurah, or simply Ashura meaning, ‘the tenth day’.

It is well-known because of historical significance and mourning for the martyrdom of Husayn ibn Ali, the grandson of the Islamic prophet Muhammad at the Battle of Karbala in the year 61 AH (AD 680). It is a day of speeches, public processions, and great grief. Men and women chant and weep, mourning Husayn, his family, and his followers. Speeches emphasize the importance of the values for which Husayn sacrificed himself, his family, and his followers. For centuries Shi’a pilgrims flocked here during Muharram, a practice which was severely limited under the regime of Saddam Hussein
What is Karbala ?

Karbala (Arabic: كربلاء; BGN: Al-Karbalā’; also spelled Karbala al-Muqaddasah) is a city in Iraq, located about 100 km (60 mi) southwest of Baghdad at 32.61°N, 44.08°E.
In the time of Husayn ibn Ali’s life, the place was also known as al-Ghadiriyah, Naynawa, and Shathi’ul-Furaat.The city’s association with Shīˤa Islām have made it a centre of religious instruction as well as worship; it has more than 100 mosques and 23 religious schools, of which possibly the most famous is that of Ibn Fahid, constructed some 440 years ago.

Karbala’s prominence in Shīˤī is the result of the Battle of Karbala, fought on the site of the modern city on October 10, 680.Both Husayn and his half-brother ˤAbbās ibn ˤAlī were buried by the local Banī Asad tribe at what later became known as the Mashhad Al-Husayn. Later on city grew up around the tombs. Husayn’s tomb (View Larger Map) is a place of pilgrimage for many Shīˤa Muslims, especially on the anniversary of the battle, the Day of Āshūrā.