“You were born with wings, why prefer to crawl through life?” ― Rumi 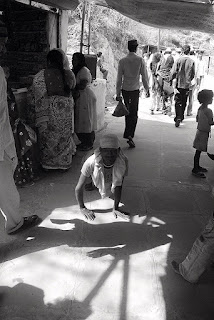 Why are you so enchanted by this world, when a mine of gold lies within you? ~Rumi 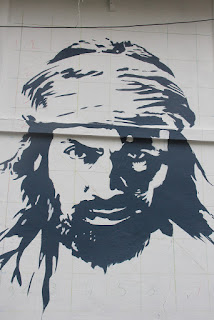 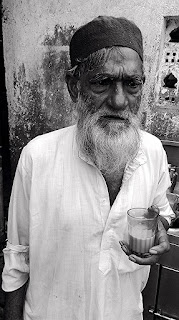 I wanted to keep this post blank.. it has a very sad after effect of the beef ban.. when the beef ban was announced he was laid off as there were hardly any takers for buffalo meat , and most of the butchers , he is a butcher too who worked in the beef market at the Bandra Municipal market , lost their jobs , the bosses could not afford them with dwindling sales ,,

He started a tea stall near Bandra Reclamation and I would shoot his picture his turn of fate , starting again in his old age , but he looked determined , each time I talked to him he looked positive and confident , but I knew he missed the butchers knife the smell of animal blood and flesh , the whirring of the mince making machine ,,
Than he disappeared for a few weeks and now he has come back in a stall close to the beef market , making tea and the aroma of buffalo meat for a change ,,he offers me tea but I politely refuse , I drink sugarfree bland black tea or kava.

I meet him when I go for my walk in the morning today because of my corn, that has been aggravated by my rigorous walk I was limping I skipped my walk and my tennis too.

I normally dont ask people their names , if I do I forget it and I never take notes as I never carry a pen instead I will shoot a video on my HTC Desire 826.. I dont carry my DSLR anymore ,,its too bulky and obvious.
So I stayed at home limped to Bandra SV road to buy blood worms for the flowerhorns ,,and first time did not shoot the video of the garbage dump that I shoot everyday to appease the Lord of the Flies ,,and all my garbage videos are dedicated to the dynamic visionary head honcho of the BMC Mr Ajoy Mehta ,, I hope he sees them someday.. as our local representatives hardly have time to see them , they go and sweep areas that have lesser garbage than Bandra Bazar Road .