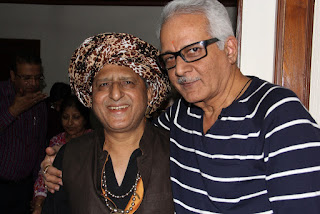 Happy Birthday
We met at Holy Name High School early 60s and we have been friends brothers for over 50 year or more ,,
Beause I was so close to Ramesh along with a Catholic friend Dennis Fernandes guys at school would tease me as Firoze Mulchandani ..
I went to the Hanuman Temple near Strand with Ramesh and there was never a Hindu Muslim divide ,, Ramesh came to visit my family on Eid ,, Death of his parent or his family members put us in mourning too ,,
Ramesh was there to console me when my parents died ,, he was there to visit me when I got married ,,, my marriage was in Lucknow ,,he was there when my firt son was born..
But all that is fine Ramesh helped me in most difficult times he was thee like steadfast Rock.. without him I would not be living in Bandra .
His wife Meena his daughters Guddi Sweety Heena treat me like family both his sons in law Ranjit and JaI give me a lot of respect .
Rameshs sisters Mohini Daryanani Kishni brother Manu and his two brothers who passed away never for once made me feel an outsider .
In life I always wished that everyone gets a friend like Ramesh Mulchandani.
When we going through bad times at home it was Ramesh who would bring food from his hotel for us he is one of the owners of Strand Hotel Colaba ,

When his parents got his school shirts made he would bring one for me ,,he allowed us to use his hotel rooms for our studies ,,and though I came first in class Dennis second Ramesh third .our ranks did not create rivalry..

We acted in plays together we introduced Dramatics at Holy Name High School..

H kept away from the Internet for many years and now he is also connected to me through Facebook.
Long Life ,,Happy Wife Ramesh
Love You Bro.
By Firoze Shakir Photographer No1 - August 06, 2016 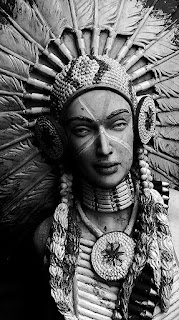 how she reached an antique
dealers shop at Bandra Bazar
is a mystery i cant unveil..
but yes standing out in the
heavy rains she is on Sale
sadness written on her face
that the humid hot weather
has made her pale ..

since the time i saw her
i fell in love with her as
my muse ,,dainty frail
but a brave warrior ..
lost illusions lost memories
lost trail..silence muted wail

will she be sold
will she not be sold
the tragedy of this
beautiful female
back to the lands
she came from
will she sail..

too many question marks
on this red indians tale

inspired by a friend on flickr
a poet derailed

Email ThisBlogThis!Share to TwitterShare to FacebookShare to Pinterest
Labels: The Red Indians Tale