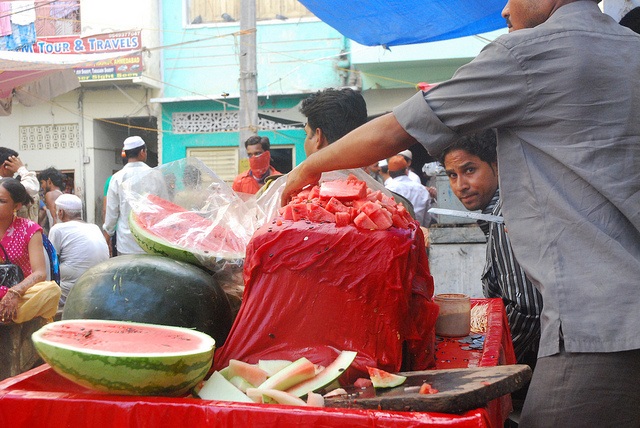 This lot that you have seen of my Ajmer pictures was shot in 2010 ,

This was divided into 3 segments .

Ajmer Urus 2010 was the main story board that accidentally I moderated so all the pictures could be seen by a Flickr member .. this was an oversight when I removed my Hijra  set of this series from public view for personal reasons .

1 Hijras at Ajmer 2010 was my documentary of the Hijras and their holisstic connection to Khwajah Garib Nawaz that I removed from public view as my picures wre being stolen by hijra lovels shitheads at Flickr .This is a long series as I am very close to the transgender community .

So now I am revising this complete trip in 2014 removing the restrictions that I put in place on my  2 and 3 sets..

And I am refreshing it all with new titles new thoughts and new hope.

That is why I prefer Flickr I use it  as my blog platform.. and from here I cross blog  a few to Facebook Twitter Tumblr directly or I have to physically post it to my Blogspot.
By Firoze Shakir Photographer No1 - August 10, 2014 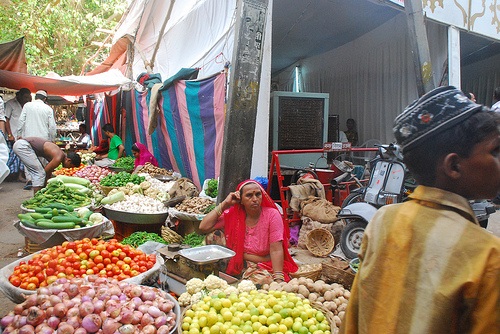 she watches
me silently
wide eyed
year after year
when i come this
side . at moti katla
to shoot the hijras
time and tide i shoot
her sheer simplicity
her humility as against
the cosmetically made
up hijra pride ,,a great
divide .beneath the
vegetables that soon
will die lies a thought
even time cant hide
mortal beauty is
no ones guide .

it is the inner essence
that i shot in my stride

Email ThisBlogThis!Share to TwitterShare to FacebookShare to Pinterest
Labels: The Vegetable Seller of Moti Katla Why I Shoot Her I Dont Know

There Is A World Nobody Wants To See ,, I Shoot It Poetically 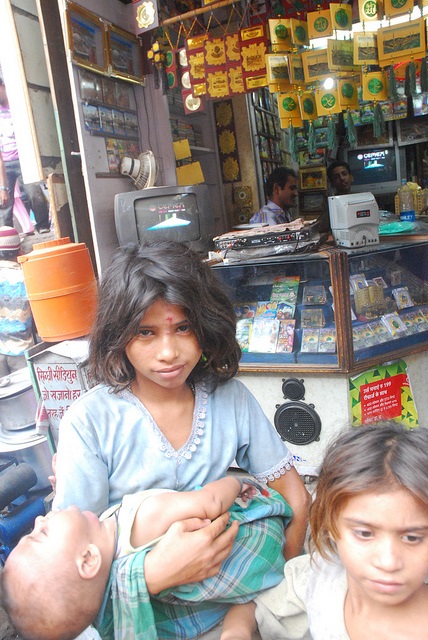 was this their
calumnious  destiny
to be born to beg
live desperately
is this humanity
enslaved children
chained to beggary
become mothers
before their time
a cycle that continues
eternally ,,they come
they disappear
with the winds of time
now to be seen on my
photo stream as a
painful memory ,,

let these children free
By Firoze Shakir Photographer No1 - August 10, 2014

Email ThisBlogThis!Share to TwitterShare to FacebookShare to Pinterest
Labels: I Shoot It Poetically, There Is A World Nobody Wants To See

Stuck With A Beg Leg.. In Cosmic Captivity He Begs 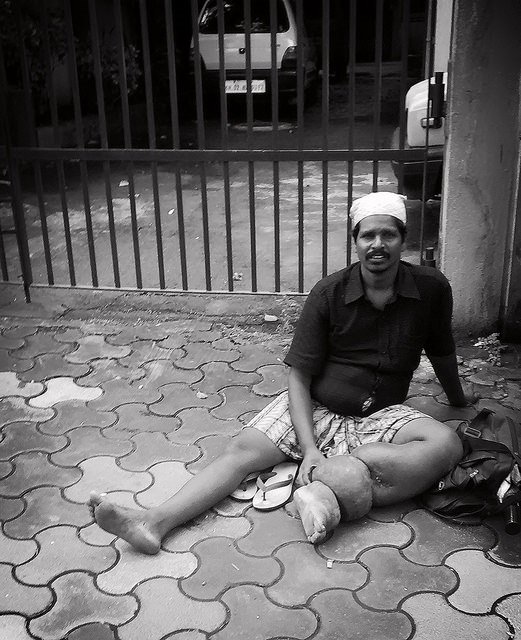 I have known him for several years , he normally begged outside the Tata Parsi Agiary on Bandra Hill Road .
He always held his head up and kept a perpetual smile ,, and than he disappeared as most beggars in my area...so when I saw him     at close to Almeida Park I was surprised ..but as I was in a hurry I gave him some money and rushed .

With the mobile phone comes one advantage I dont miss out on  the ' indecisive' moment..because in my case its the picture and not the picture quality that tells the story.

I had a problem with Khwajah the old beggar from Bandra on Eid Namaz , I dont know he was perhaps in a bad mood and was rude with me I met him at Boran Road and told him I dont shoot pictures to make money but to share their pain and when I told him I belonged to the Dam Madar Sufi order he was very apologetic.. I told him his behavior was not in keeping with the sanctity of his name , I think it was a case of bad hair day.

Email ThisBlogThis!Share to TwitterShare to FacebookShare to Pinterest
Labels: Stuck With A Beg Leg.. In Cosmic Captivity He Begs

My Wife Threw Me Out ,, Said The Drunk 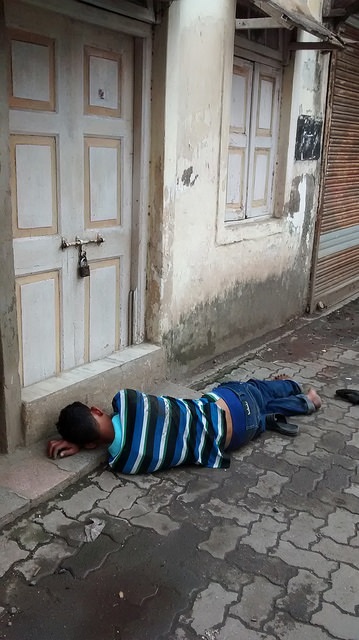 Beggars Of Ajmer Bless Me You See 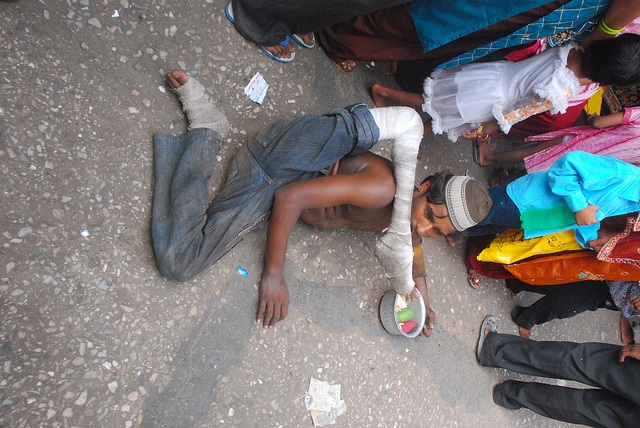 when I take their pictures
they tell me sir add a few
words of poetry it heals
us beautifully we only
want society to let us be
beggars mortgaged to
the dead soul of humanity .
By Firoze Shakir Photographer No1 - August 10, 2014

Email ThisBlogThis!Share to TwitterShare to FacebookShare to Pinterest
Labels: Beggars Of Ajmer Bless Me You See

He Asked Me To Bless Him 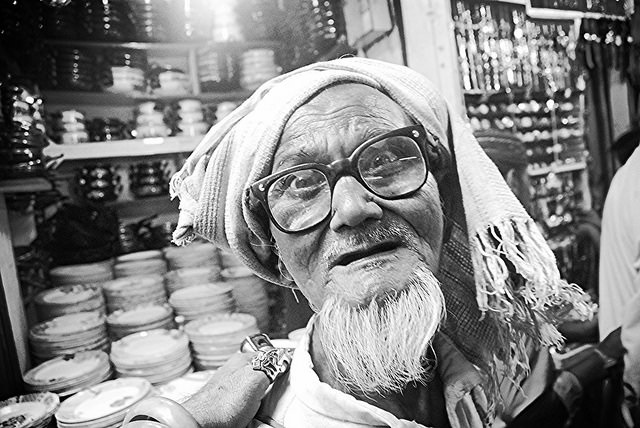 I told him in humility
that he was already
blessed the moment
he entered ajmer
we are all beggars
he gives even
when we dont ask
he cares .. every
morsel thus we
must share he
me unusual pair

i told him never judge a man by what he wears
i looked like a malang a bawa .. but within i was bare
my chunky rings my pendants my turban my long hair
he said to me  camere wale bawa ap toh ho nange pair
ham donon bhule bhatke . ham kaise ho sakte hain gair
yeh jeena kis kam ka he smiled . hussain ke bagair
we both beggars bound to a silken thread of ajmer
By Firoze Shakir Photographer No1 - August 10, 2014

Email ThisBlogThis!Share to TwitterShare to FacebookShare to Pinterest
Labels: He Asked Me To Bless Him 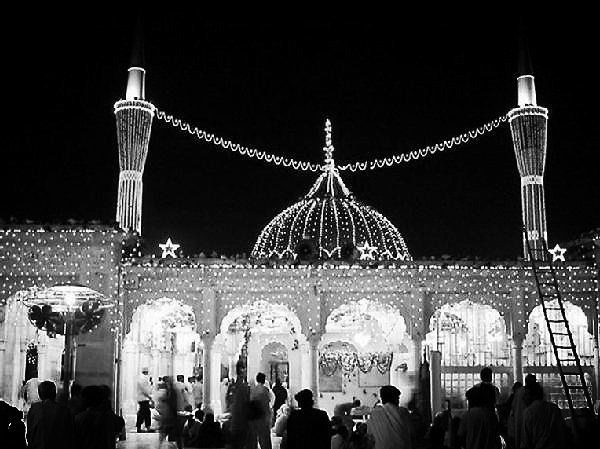 Born around 990 CE in Ghazni, Afghanistan during reign of the Ghaznavid Empire and died in Lahore (in present day Punjab, Pakistan) in 1077 CE. His most famous work is The Kashf Al Mahjub ("Unveiling the Veiled") written in Persian language. The work, which is one of the earliest and most respected treatises of Sufism, debates Sufi doctrines of the past.

Hujwiri belonged to the Junaidia school of Sufism, founded by Junaid Baghdadi, a major Sufi saint of Baghdad. Hajwiri is also viewed as an important intercessor for many Sufis. Hazrat Moinuddin Chishti Ajmeri, a chief saint of the Chishti silisilah, stated that an aspiring murid (disciple) one who does not (yet) have a murshid (spiritual master), should read Hazrat Ali Hujwairi's book Kashf al-Mahjub, as that would be (temporarily) enough for his spiritual guidance.

Hujwiri probably entered the Sufi path very early in his life and spent many years travelling to Iran, Iraq, Syria etc., during which he met several Sufi saints. He studied Sufism under Abu'l-Fadl Muhammad b. al-Hasan al-Khuttali through whom he is spiritually connected) with Junaid Baghdadi.[2]. He settled for some time in Iraq where he had a short experience with married life. Finally he was taken as a captive to Lahore[3], where he spent the rest of his life and compiled the major portion of his book, The Kashf Al Mahjub.

Although a Sunni Hanafi, Hujvery's theology was reconciled with the concept of Sufi annihilation. However he strenuously campaigned against the doctrine that human personalities can be merged with God, instead likening annihilation to burning by fire which allows the substance to acquire fire like properites while retaining its own individuality. He also was a great upholder of the Sharia and rebuffed the idea that outward observances of Islam are not important for Sufis. Hujwiri believed that individuals should not claim to have attained "marifat" or gnosis because it meant that one was prideful, and that true understanding of God should be a silent understanding.
[edit] Practice of Sufi Saints Migrating to the Sub-Continent

It has a been a practice of Sufi saints coming to the South Asia to first visit the shrine of Hazrat Usman Ali Hujwiri. Hazrat Khwaja Muinuddin Chishti first came to Lahore to pay his respects at Data Ganj-Bakhsh upon his arriving in the subcontinent where he spent quite some time in meditation and prayer before reaching enlightenment. There he was directed to settle in Ajmer Sharif and commence his spiritual mission to go further east and preach into India. Hazrat Moinuddin Chishti paid homage to Hazrat Usman Ali Hujwiri in the following words:[4][5]
Ganj Bakhsh-e faiz-e aalam, mazhar-e Nur-i Khuda
Naqisaan ra pir-e kaamil, kaamilaan ra rahnuma

Translation:
Ganj Bakhsh is a manifestation of the Light of God for the people
A perfect guide unto the imperfect ones and a guide unto the perfect ones
[edit] Cultural Significance
This section does not cite any references or sources.
Please help improve this article by adding citations to reliable sources. Unsourced material may be challenged and removed. (June 2009)

His mausoleum, popularly known as Data Durbar (i.e. the court of the one who gives), is located in the center of Lahore, Pakistan.

Thousands of Muslims visit the Data Darbar everyday. Culturally and religiously, people of Lahore and of the Punjab have become emotionally dependent on the shrine. Food stalls, flower sellers and numerous beggars are dependent on Shrine visitors.

On special occasions, the shrine is lit up with lights, dinner is prepared for hundreds of people.

Within the boundary of shrine complex, devout Muslims from all walks of life recite the Qur'an and pay tributes (salawaat) to Prophet Muhammad. A notable distinguishing feature is that around the shrine the Quran is read incessantly, around the clock, as visitors come in at all hours of the day and the night. The fact that there is never a single minute when the Quran is not recited by someone makes this one of those special religious places where the Quran is always "alive", which is a sign and proof that the Data Darbar is a special place of divine blessing and mercy.
[edit] Works

His book, Kashf-ul-Mahjoob, is one of the earliest writings on Sufism. It has been translated in various languages, including English. He wrote a few more books, but he himself mentions that all of those were stolen by other people, some people think that Magzine Kashf-ul-Israr is also his book but Hakeem Muhammad Mosa Amaratsari defies it with regard to the content of that Magzine which is no match to Data Gunj Baksh's erudition
His other writings


ISLAMABAD — Two suicide bombers struck Pakistan’s most important Sufi shrine on Thursday night, a devastating attack by hard-line militants on the moderate, more flexible blend of Islam that is practiced by most Pakistanis.
The bombers attacked in the city of Lahore just before midnight, the peak worship time for the shrine, known as Data Ganj Baksh. Thousands of people were at the shrine at the time, according to the Pakistani police. At least 37 were killed and 175 injured, according to police officials.

The White Folks And The White Goat busy in conversation
at the market square
as the music in praise
of khwajah blared ..
the white goat the
white folks in deep
discussion at char
yar in ajmer ,,
the worlds largest
spiritual fair ,,
said the goat
beauty is skin deep
like a follicle of hair
i never insult a black
goat or pass racial
abusive comments
i would not dare ..
we are goats
we have no
racism deep into
the confused
eyes  of the
foreigners he
stared .
i have a very
short life will
soon be
slaughtered
as niyaz for
the holy saint
a thought that
pleases me
with the foreigners
he shared but
please dont call
it martyrdom
we are victims
of our device
cosmically
ensnared
through me
every piece
of my flesh
he feeds the
poor he cares
garib nawaz
the holistic healer
the saint of the
poor of ajmer

long after he had gone
the foreigners thinking
of his wise words
flew out of india
on swissair ..comforting
themselves rid of all
worldly nightmares
By Firoze Shakir Photographer No1 - August 10, 2014