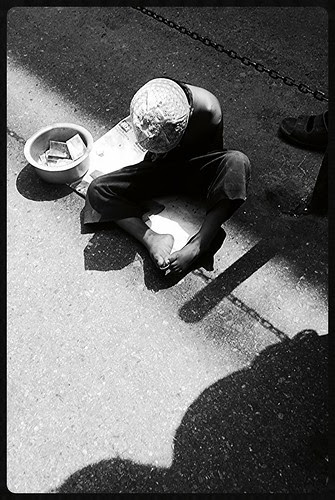 People Get Upset I Shoot Beggars .. It Gives The Country A Bad Name 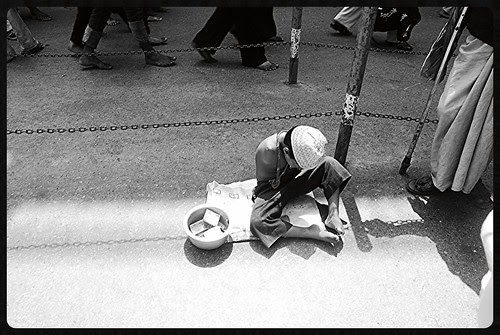 People Get Upset I Shoot Beggars .. It Gives The Country A Bad Name, a photo by firoze shakir photographerno1 on Flickr.

more than
the beggars
i shoot it
is these
sanctimonious
strangers
that feel
ashamed
they think
perhaps
i make
money
selling
beggar
pictures
they call
me names
beggar
photos in
your house
will you frame ?
i show the essence
of misplaced charity
my soul inflamed
little urchins
running after moving
cars at traffic signal
instead of studying
or playing games
the Muslims spend
so much on goats
but nothing for these
wretched souls ..
what a shame
a few coins will
not rehabilitate
them ..they will
remain the same
different faces
different names
seeing their
impoverished
state of existence
struggle a beggar
poet i became 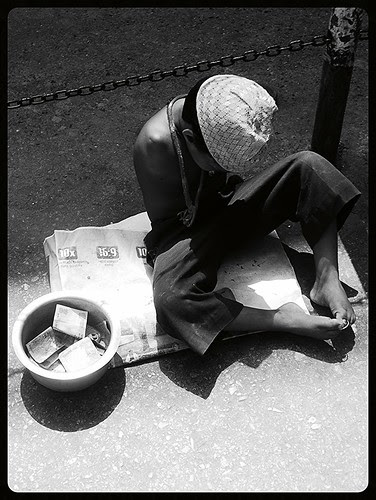 If I Said I Would Raise Both My Hands To The Skies, a photo by firoze shakir photographerno1 on Flickr.

it would be a
blatant lie
limbless
i am
limbless
i will die
without
embarrassing
heaven above
with my dry
tears ..
my beggar eyes
your alms in
my beggars bowl
will suffice
your gesture
i shall always
remember
sweet and nice
my missing hands
are bound to my
impoverished
destiny like
a vicious vice
i am a muslim
beggar at ajmer
the poor mans
heavenly paradise

Tears On The Soul of The British Residency Lucknow 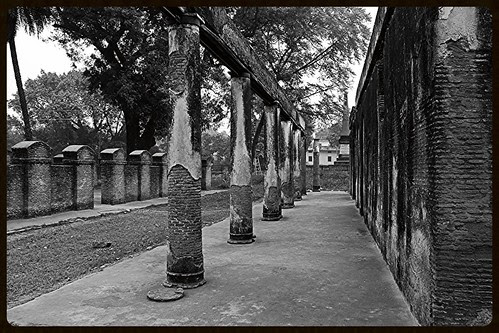 Tears On The Soul of The British Residency Lucknow, a photo by firoze shakir photographerno1 on Flickr.

The Residency is actually a group of buildings that were built in 1800 A.D by the then Nawab of Oudh, Nawab Saadat Ali Khan. It was constructed in order to serve as the residence for the British Resident General who was a representative in the court of Nawab. The palace was rather a sleepy residence for decades but then came an incident, which put it on the world map.

The year 1857 will always be mentioned in the chronicles of history because of its dramatic sequence of events. The year saw the Sepoy Mutiny, which is also sometimes referred as 'The First War of Indian Independence'. Lucknow also became one of the seats of that uprising. The Residency became one of the most talked about battlement during the siege of Lucknow. The mutineers laid the siege on The Residency in early June that year. Nearly all the Europeans who resided in the city of Awadh took shelter in Residency. It is said that as many as 3500 people sought shelter during the siege. The siege continued for more than 140 days.

The saga of the siege of 'The Residency' will go down in the history of India as a brave effort done by handful of Men, women and children to thaw the efforts of mutineers. The residence of the palace held together during the continuous shelling that lasted for a month. The canon balls withered the walls of residency but the palace held miraculously. Sir Henry Lawrence who bore the responsibility 3500 human lives undertook the defense and counter initiative. The brave-heart fall on the last days of siege. The reinforcement force rescued the palace after 5 months.

Even since Independence, little has changed. A brooding silence engulfs the ruins and one almost expects the ghosts of the dead to suddenly materialize and flit across the rooms. The cemetery at the nearby ruined church has the graves of 2000 men, women and children, including that of Sir Henry Lawrence who died defending the empire. There is a weathered epitaph near the grave of Sir Lawrence that reads " Here lays the son of Empire who tried to do his duty".

The British Residency of Lucknow is a famous historical landmark of this place. It is now in ruins and has been declared a protected monument by the Archaeological Survey of India. The people of Lucknow tell intriguing stories of British who fled from their homes to seek shelter in these red buildings. Only a 1000 inhabitant survived this tough ordeal. On November 17th, the British troops led by Sir Colin Campbell defeated the Indian forces.

Today, the British Residency of Lucknow serves as a government office. The Residency also has a museum that is well-maintained by the authorities.

The redbrick ruins are now surrounded by lawns and flowerbeds, the Residency has been maintained as it was at the time of the final relief and the shattered walls are still scarred by cannon shot. Besides the main Residency building, there was the Sheep house, Slaughter house, Sikh square, Dr. Fayrers house, Banqueting hall, the Treasury house, Begum Kothi, the church, mosque, Imambara and the native hospital etc. are still present and pull masses of visitors each year.

The Model Room, a part of the main Residency Building, which housed a model of Residency as it was before the 1857 War, has now been converted into a full-fledged Museum displaying the original model of Residency, old lithographs, photographs, paintings, documents and period-objects, besides a diorama of Residency siege, giving an accurate visual account of the freedom struggle of 1857 in a chronological and systematic way. Besides, a gallery showing the excavated objects has also been added. A building steeped in and a symbol of the tumultuous past of our country is a heritage sight and should feature on the top of your 'must-visit' travel list! 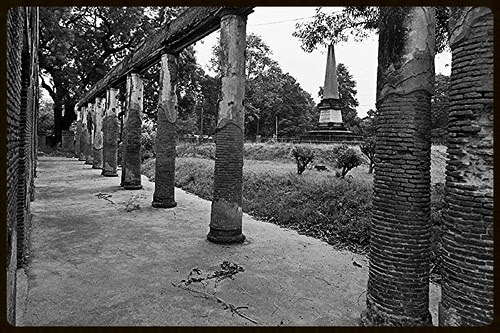 British Residency, a photo by firoze shakir photographerno1 on Flickr.

pictures
i shot
once
upon
a time
now held
in a moment
of a thought
entwined to
rhyme ..
ruins
devastation
still appear
sublime 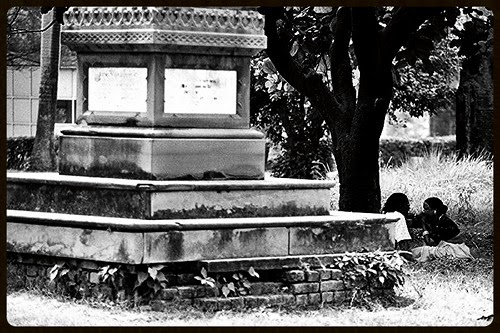 The British Residency, a photo by firoze shakir photographerno1 on Flickr. 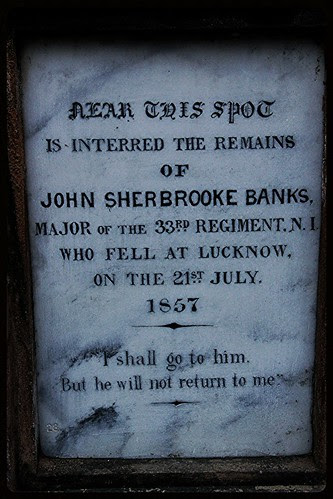 REST IN PEACE, a photo by firoze shakir photographerno1 on Flickr.

Once Upon A Time In Lucknow 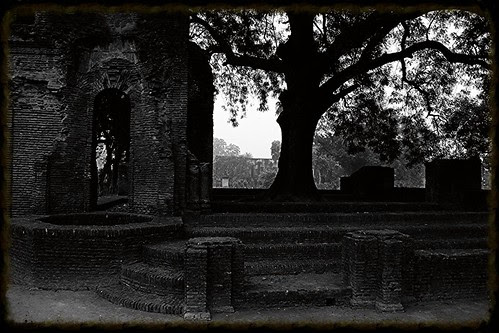 Once Upon A Time In Lucknow, a photo by firoze shakir photographerno1 on Flickr.

silence
shudders
tears asunder
the soul of serenity
at the british residency now
memories lash the moment
of survival ,, time embarrassed
takes a bow ...a lonely planet
rapidly he ploughs ,,..trying to
please the maker somehow.
by the sweat of his brow

dedicated to linda schaefer in jeddah..wow

A Message To A Beggar Poet ..From Mr. Abelie Wanadoo. 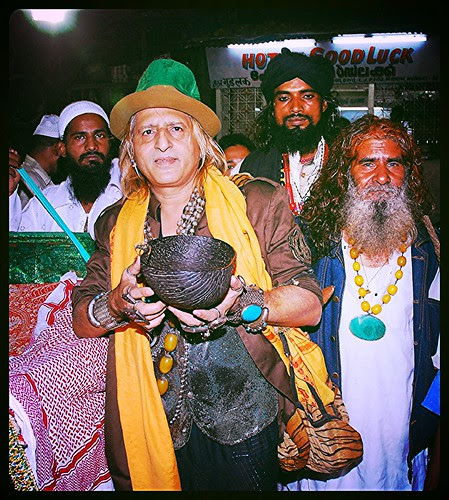 A Message To A Beggar Poet ..From Mr. Abelie Wanadoo., a photo by firoze shakir photographerno1 on Flickr.

Kindly Reply Me Back Through This My Private Email Address:
abeliewanado@gmail.com


This Message Might Meet You In Utmost Surprise. However, It's Just My Urgent Need For Foreign Partner That Made Me To Contact You For This Transaction. I Got Your Contact From Burkina Faso Chambers Of Commerce While I Was Searching For A Foreign Partner. I Assured Of Your Capability And Reliability To Champion This Business Opportunity When
I Prayed To God Or Allah About You.

I Am A Banker By Profession From Burkina Faso In West Africa And Currently Holding The Post Of Manager Of Bill And Exchange At The Foreign Remittance Department; Central Bank Of Burkina-Faso (BCEAO). I Have The Opportunity Of Transferring The Left Over Sum Of ($11.5 Million Dollars) That Belongs To Late Mr Rudi Hermanto From Indonesia Who Died Along With His Entire Family In The Tsunami Disaster In Indonesia And India 2004 And Since Then The Fund Has Been In A Suspense Account.

After My Further Investigation, I Discovered That Mr Rudi Hermanto Died With His Next Of Kin And According To The Laws And Constitution Guiding This Banking Institution Stated That After The Expiration Of (9) Nine Years, If No Body Or Person Comes For The Claim As The Next Of Kin, The Fund Will Be Channel Into National Treasury As Unclaimed Fund. Because Of The Static Of This Transaction I Want You To Stand As The Next Of Kin So That Our Bank Will Accord You Their Recognition AndHave The Fund Transfer To Your Account.

Hence , I Am Inviting You For A Business Deal Where This Money Can Be Shared Between Us In The Ratio Of 60% For Me And 40% For You. And Any Expenses Incidentally Occurred During The Transfer Will Be Incur By Both Of Us. The Transfer Is Risk Free On Both Sides Hence You Are Going To Follow My Instruction Till The Fund Transfer To Your Account.

Further Details Of The Transfer And Text Of Application Form Will Be Forwarded To You As Soon As I Receive Your Return Mail And You Should Contact Me Immediately As Soon As You Receive This Letter.


Trusting To Hear From You Immediately

Mr. Abelie Wanadoo.
Kindly Reply Me Back Through This My Private Email Address:
abeliewanado@gmail.com

thank you
kind generous
big hearted
mr albelie wanadoo
from burkina faso
Ouagadougou
$11.5 Million Dollars
of late Mr Rudi Hermanto
your gift to me ,,shared
60% For Me And 40% For You
that you listed as per your memo
your money i wish to donate to mad people
of india ..call me whack o.. ..all mad
people true children of god are our bros
though sanctimonious politicians
call them YEDA ..which initially to
the layman on Twitter sounds
very gross.. to give me this gift of life
your rightfully chose beggar poet firoze
who shoots poems with a camera
no one knows ..pictures selfies
morbid and morose ...beggars
and albinos ,,lepers without
fingers or toes .. a Yeda ..
among Yedas ..although
who does not drink
fornicate or use tobacco 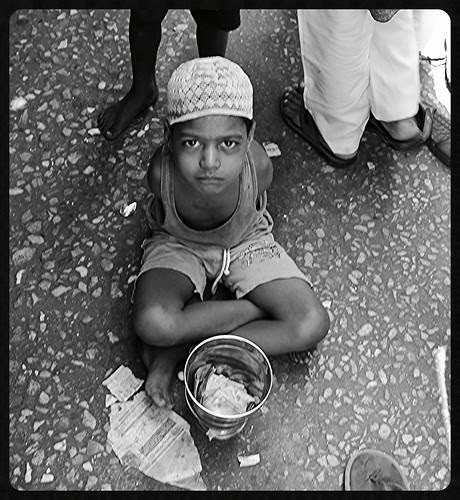 The Limbless Beggar Boy Ajmer, a photo by firoze shakir photographerno1 on Flickr.

he saw me
with my camera
taking his shots
his eyes blood shot
i captured his inner
pain his struggle
somewhat ..
limbless beggar
boy of ajmer
at the same spot
unrepentant society
morbidity and rot
to my poetic curiosity
a lesson he taught
my mind my thoughts
he tied in a knot
i dont know
whether i got
what i shot

The Quintessential Beggars Of Ajmer 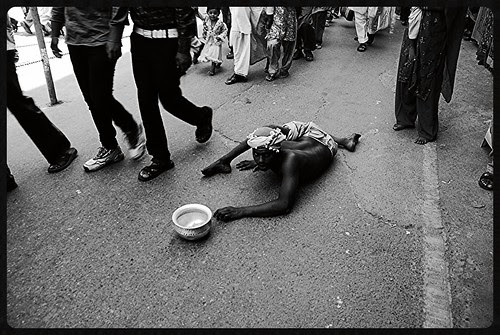 The Quintessential Beggars Of Ajmer, a photo by firoze shakir photographerno1 on Flickr.

squirming
like a reptilian
remorseful
despair ..
invoking the
holy saint
garib nawaz
of ajmer
into the
eyes of hope
he stares
i take a
picture
with all
of you
i share
we both
beggars
sartorially
uniquely
an exotic
pair ,,both
on the soul
of our humanity
gasping for air
he seeks
dignity equality
perhaps a
wheelchair
peanuts
for the
god seeking
money giving
millionaire
but sadly
of his existence
our millionaire
is not aware
he donates
generously
everywhere
because
with all his
wealth
it is the
almighty
lopsided
scales
of justice
who takes
care ,,,
we are
victims
of our
cosmic fate
can it really
be unfair

to Akbar my friend
from Amsterdam..
this poem out there .
goodness kindness
welfare ....