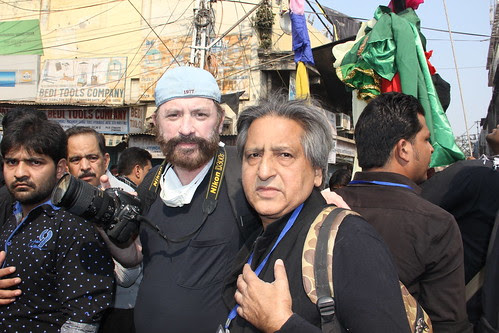 Dr Glenn Losack And Me In Delhi Documenting Moharam Ashura 2013 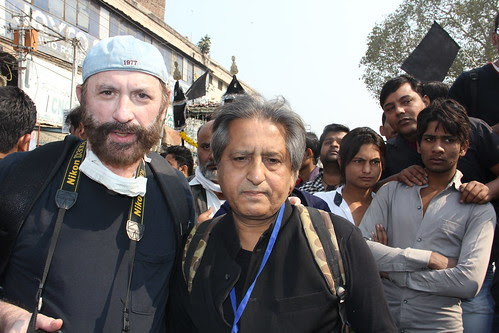 Dr Glenn Losack And Me In Delhi Documenting Moharam Ashura 2013, a photo by firoze shakir photographerno1 on Flickr.
By Firoze Shakir Photographer No1 - November 17, 2013

Dr Glenn Losack And Me In Delhi Documenting Moharam Ashura 2013

Dr Glenn Losack And Me In Delhi Documenting Moharam Ashura 2013, a photo by firoze shakir photographerno1 on Flickr.
By Firoze Shakir Photographer No1 - November 17, 2013 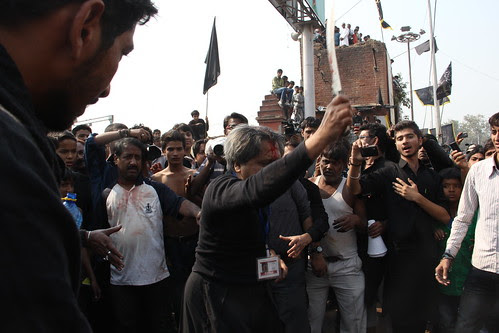 My Kama Matam Ashura Delhi 2013, a photo by firoze shakir photographerno1 on Flickr.

I reached Delhi on 14 November I came by the Sampark Kranti and the moment I got off the the train I headed for some urgent work I had at Sujan Singh Park, luckily they knew I was coming straight to their office so they lunch ready for me , I left my suitcase at their office and headed to another office some work that I had to finish..from there I headed to Golcha cinema Darya Ganj to meet Moniz Hussain a Murid like me , of Peersaab Fakhru Miya Hujra No 6 Ajmer Sharif, my black clothes seemed to be an hindrance , I was refused lodging at two places finally I got a decent place near Juma Masjid Hotel Al Rashid,, Moniz Hussain is in the tailorng line he has his shop close by and thanks to him I shot Moharam in Delhi.. on 15 November ,, my kama matam pictures were shot by him though he has never used the DSLR.. He shot a few frames and I did my Tandav On Shimr In Delhi..

I shot Ashura in Delhi it is certainly not as formidable as in Mumbai Lucknow or Hyderabad but the Shias of Delhi , Kashmiri Kargil migrants take up the banner of Hussain...and I shot this till the Shrine where everything comes to a close ..
I was to meet my American friend Dr Glenn Losack who was coming to Delhi to shoot the same so I skipped going to Hyderabad and came here ,,
I was back in my hotel room by 5 pm , but not before buying a monkey cap to cover my bleeding head , I did not want to be thrown out from the hotel at Jumma Masjid ,,

And nobody knew that I had cut my head , the next day I wore my turban and in the morning shot Dargah Nizammuddn Aulia , and later took a rickshah to the station to catch the Chair Car Nizamuddin Yuva Express , a nightmare of journey , with no leg space , no pantry car and was awake till this morning when I reached Bandra Terminus .. at 10 am..

I was offline , all these days as there was no cybercafe where I stayed , I did some street photography and ate meals with Bhatiyar joints where the poor and rickshawallahs ate my meals cost me Rs 16...Bate and Roti in the morning and Nihari and and Roti ,, in the evening

Even the roadside Pahelwan Biryani was not less than Rs 16.. the night I arrived from Mumbai

And I am now in Mumbai with my grand children, Nerjis is sad because her Flowerhorn died in my absence ,,, a part of Tom and Jerry.