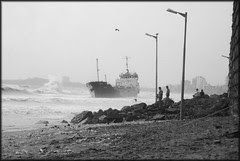 MV Pavit Is Super Hit, a photo by firoze shakir photographerno1 on Flickr.

My Footprints Washed Away On The Shores of Her Heart .. .. 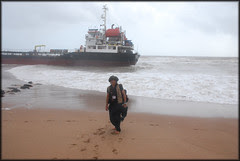 My Footprints Washed Away On The Shores of Her Heart .. .., a photo by firoze shakir photographerno1 on Flickr.


Someone came into my life in April, like a thunderstorm, and woke me up from my slumber but than another huge cosmic wave came in with such a great force washing away my footprints and I surrendered to a silence..she said to me once nobody ever wrote a poem on her , but than she was a poem... incomplete ..


So this is for her the warrior queen goddess ...

Dad Is He The Master of the Rings 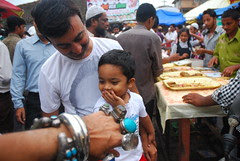 Dad Is He The Master of the Rings, a photo by firoze shakir photographerno1 on Flickr.
By Firoze Shakir Photographer No1 - October 27, 2011

The Dance of Death- Tandav on the Soul of Shimr 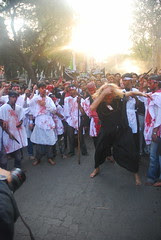 The Dance of Death- Tandav on the Soul of Shimr, a photo by firoze shakir photographerno1 on Flickr.

My kama matam pictures shot by Baqar Nasser and he shoots brilliantly and the other person who could create magic to Moharam pictures is my American Jew blood brother Dr Glenn Losack MD., I call Glenn my brother because we both are wanderers we are genies we live in the dark crevice of our camera.

Doing kama matam on the streets is one way of showing humanity and the non shias , the pain we live through, if anything connected with the Holy Prophet is sacred so is our love for his grand son Imam Hussain.

Yazid was a Muslim and so Muslims of a certain kind do not want to hurt the sentiments of Yazid soul by heaping murder on his head so they glorify him , and historians of Islam have been paid to distort the Battle of Karbala , but each Moharam we remind them of our pact,..our blood vindicates the soul of Princess Fatima, we are her drops of tear we were born and Hussain lives.. we keep his pain his pledge alive.

I cut my head several times this year , and I shall continue doing so, whether I am called a heretic I dont mind I know being a heretic is far more superior than killing human beings in the name of Allah and Islam.. I distance myself from Salafi Wahhabi Ahle Hadees Islam..It maybe good for them it is not for me I follow Hussain he brings me close to my quest to my Godliness.

And amazingly when a Muslim kills other minority Muslims there is eunuch silence , but if a Shia cuts his own body his form of poetic expression , he is equivocally condemned .

We are a persecuted race in every Muslim country save Iran and the only place we are treated as humans is in a Hindu country and as a Shia I am proud to be a Hindu I would rather be called a Hindu Shia than a Taliban or a bullying Muslim or a Shit Head Salafi or the Devil of a Jehaddi who hides his face and sodomizes the soul of our religiosity of Man.

This is prose but if you read it as a poem than it is a poem of our Shia pain called Ghame Hussain.

Photos of Dr Glenn Losack MD, a set on Flickr.

Photographer No 1, a photo by firoze shakir photographerno1 on Flickr.

Firoze Shakir Bollywoods Most Wanted, a photo by firoze shakir photographerno1 on Flickr.


This was shot at an Irani joint before we took the train from Byculla Station to Kalyan to visit Haji Malang.
Dr Glenn Losack MD stayed at Heritage Hotel opposite Gloria Church, the hotel was centrally located and served his picture shooting purpose.
It was close to the Shia cemetery Rehmatabad.
And the Doctor was taken good care by the hotel management and staff.
The doctor wanted to shoot the Chehlum Juloos and other Moharam events besides his other commitments .

Dam Madar Malangs of Ajmer , a set on Flickr.