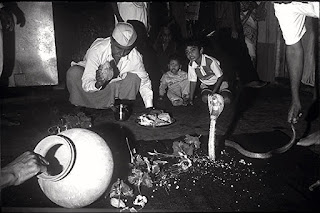 
I was inspired to shoot this after seeing a photo  exhibition of the Nag Panchami  festival shot by photo journo Nitin Sonawane at Battis Shirala  , Nitin was the lamp of light that shed its life on my soul, I personally have nothing against photo journalists , they are the need of the hour , they show us a world we would have never seen , my teacher was Shreekant Malushte and late  Anil Bhartiya both photo journalists too.

What really hit me was the pompous attitude of the few I met  at various photo shoots at one time I was everywhere including the train serial blasts that I shot barefeet on the tracks of Bandra Mahim  and Matunga, ,

Their conceit their arrogance their heavy duty cameras man I saw it all,  and at the end of the day , they might have got a picture published , but I in sheer humility barefeet had already posted on the internet an eternity on the same subject.

I have no problem in reiterating I learnt grass root photography from pictures I saw on Times of India the only paper we once subscribed to along with Mumbai Mirror not any more  , I kept evolving myself ..I became poetic I began poetizing what I shot and my pictures became a poetry of Life..I am an ordinary point and shoot photographer but I shoot poetry not pictures..


Some of the pictures I see on Times of India make me groan and almost puke, the journos a few of them are still where they are , no makeover no further involvement..into the soul of what they shoot .Bam Wham Fuck you Maam kind of pictures soiling the seminal soul of poetry.

One thing I am sure my grand daughter Marziya 2 year old who is learning  street photography from me will one day shoot better pictures than them... perhaps better than me and my Gurus too.. she is beyond Fuck F stops and other shit that I was made to suck along with the dick of the old fathers of photography ..

When I shot the snake festival it was banned in Battis Shirala I came barefeet 15 km at  a place called Suryagaon and was warned only to take a few shots,  I took a few  on slide an analogue camera..

I was a whisker away from the cobra and more interesting than this puja is the time they return the snake back to its natural surroundings , they asked me to join them but my feet was badly cut up, I had a broken hand and a lot of equipment on my person.. and I had to return to Mumbai.

So this was my tryst with photography..

Nāga Panchamī (Sanskrit: नाग पंचमी) is a Hindu festival celebrated by Hindus in most parts of India. It is celebrated on Panchami in Shravan month. On this day, people worship Nāga Devata (Cobras). People go to temples and snake pits and worship the snakes. They offer milk and silver jewelry to the Cobras to protect them from all evils. They also fast. This festival is to celebrate the day Lord Krishna defeated the serpent Kalia. On this day swings are put up in the village and people enjoy themselves. The married girls visit their parents during this occasion.

The festival of Nāga Panchami is celebrated by Hindus to pay respect to Nāgas. The five Nāgas worshipped on Nag Panchami are Ananta, Vāsuki, Taxak, Karkotaka and Pingala. According to a Puranic myth Brahma’s son Kashyapa  had four wives. Kashyapa’s first wife gave birth to Devas, second to Garudas, third to Nāgas  and fourth to Daityas. (Dainik Jagran, 25 July 2006). The third wife of Kashpa was called Kadroo, who gave birth to Nāgas. So Nāgas are also known as Kadroojā. They were the rulers of Pātāl-Loka. There is a Sanskrit  shloka to remember important nine Nāgas as under: (Dainik Bhaskar 30 July 2006)

Naga Panchami is also celebrated in Nepal and the story is a little different than in India. Naga Panchami is a festival that is held in Nepal and literally translated means the “Festival of Snakes”. It is a festival that originates from deep within the Nepali culture and its rich traditions, rituals and myths that have survived for thousands of years and which have played a significant role in the lives of the ancient people of Nepal.

Ancient Nepalese civilizations worshiped the Nagas, or Serpent Kings, and believed that their relationship with the gods and nature would secure their survival. The myths and legends surrounding the Nagas have a few versions of the story that led to a creation of the festival. In one story version, it is said that the Kathmandu Valley used to be a vast lake. As the story goes, when humans started to drain the lake to make space for villages and settlements the Nagas became enraged. To protect themselves against the wrath of the Serpent Kings, the humans gave the Nagas certain areas as pilgrimage destinations and that through these actions harmony was restored to nature.

Another popular tale is one of a Tantric King that used the powers he possessed to force the Nagas to return the rain to the land which they had taken away. The Nagas did give in to the King’s amazing powers, but he also recognized their powers. To honor the power of the Nagas, the King created the Naga Panchami festival to honor the Gods. As the serpents were believed to be capable of controlling the rains, it is important to the people of Nepal to show their respect during the festival to insure that they do not offend the Gods.

The festival usually takes place in the month of August and as part of the celebration, residents post pictures of serpents above the doors to their home to ward off the evil spirits. Prayers are said during the festival while people wearing demon masks, dance in the streets entertaining festival participants. It is also believed that offerings should be given to the Serpent Kings during the festival and residents leave food items such as milk and honey in their gardens for the Nagas, or snakes. The offerings and prayers are then honored by the Serpent Kings by ensuring rain and protection for the people of Nepal.

Naga Panchami is an ancient tradition and festival, that is a truly amazing ritual to experience and the perfect time to hear the various stories, myths and legends that have been passed down to Nepal’s present generation. |}
By Firoze Shakir Photographer No1 - October 03, 2015

A Sadhu On A Mission Of Peace 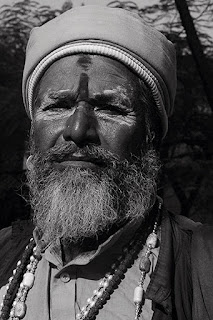 Email ThisBlogThis!Share to TwitterShare to FacebookShare to Pinterest
Labels: A Sadhu On A Mission Of Peace

Human Life Is Less Precious Than A Cow ,, 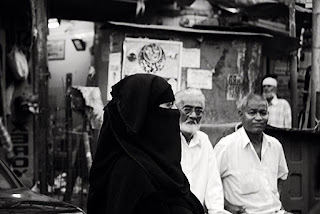 the muslim precariously
lives in a danger of a
rumor even now ..
held captive polarized
marginalized no more
safe even in his house
hindu talibans in the
cover of darkness can
kill you merely out of '
grouse  a cause rabidly
dangerous to the soul
of india that they espouse
holistically healing hands
of our prime minister this
raging fire of hate has to
be doused .failed promises
battered hope broken vows
By Firoze Shakir Photographer No1 - October 03, 2015

Email ThisBlogThis!Share to TwitterShare to FacebookShare to Pinterest
Labels: Human Life Is Less Precious Than A Cow

Shooting Strangers On The Street Barefeet 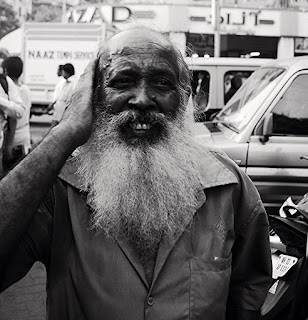 stealing souls held captive
in their bodily cages is not
an easy feat sometimes you
are lucky other times you
unwillingly accept defeat
the man wont give his soul
holding it firmly from your
cameras third eye when
accidentally cosmically
the stranger and you
meet in a one way street
he tries to tell you with the
language of the eyes
he is nothing his flesh
a worldly winding sheet
much before you he says
i mortgaged my soul to
the devil for  forbidden
dreams that are still
unconvincingly empty
incomplete ,..my fate
i could not cheat  i am
not what i am just a
flame of a dying candle
fatalistically in retreat
i am a mirage he said
with his feet stuck in
hardened concrete