Eid-e-Shuja', also known as Eid-e-Zahra, is the day of Eid for most Twelver Shī‘a and marks the end of the mourning period after the events of the Battle of Karbala. It is celebrated on the 9th of Rabi' al-Awwal of the Hijri calendar. Eid is an Arabic word meaning "festivity", and Shuja' means "brave" or "courageous". It stands for "Eid of the brave and courageous companions of Hussein ibn Ali" who fought in the battle of Karbala. Eid-e-Zahra stands for "Eid of the family of Fatimah". According to some Shi'a traditions, this is the day when the heads of the key murderers in the battle of Karbala, Umar ibn Sa'ad and Ubayd-Allah ibn Ziyad, who were killed by Mukhtar, reached Imam Zainul Abedeen and brought a smile on his face[citation needed]. Many Shi'a prepare for Eid by applying intricate designs called mehndi to hands and wear bangles, usually each meaning different things. This event doesn't fall on a specific date of the gregorian calendar since the holiday is based on the lunar calendar.

Significance[edit]
The two-month period of Azadari (mourning) reaches its conclusion with the death of the 11th Twelver Shī‘a Imām, Imam Hassan Askari on the 8th of Rabi al-Awwal. The day that follows, according to some Shi'ite tradition, is considered the greatest Eid (celebration) for some followers of the Twelver Shī‘a sect. Also known as Eid-e-Zahra, this day honours the daughter of Muhammad as a day of great joy and happiness[citation needed].

One of the events which is marked on this day is the believed beginning of the Imamate of the 12th Twelver Shī‘a Imām, al-Hujjah ibn al-Hasan, though highly disputed among several Twelver Shī‘a sects, such as the Ismā'īlī and Zaydī Shī'ī sects, who each believe in a different number of Imāms and, for the most part, a different path of succession regarding the Imāmate.

This is also believed by some Twelver Shī‘a traditions to be the first time that the 4th Imām smiled and rejoiced[citation needed] after the events of Karbala in which he saw his entire family and friends killed by Ibne Ziyaad, Umar ibne Sa’d, Yazid ibne Mu’awiyah and others. It is believed that on the 9th of Rabi’ul Awwal of the year 67 A.H., Mukhtar sent the head of Ubaydallah Ziyad to Imam Zainul Abedeen who was in Makkah at the time[citation needed].
By Firoze Shakir Photographer No1 - December 31, 2014

The Muslim Mother Begs On The Streets 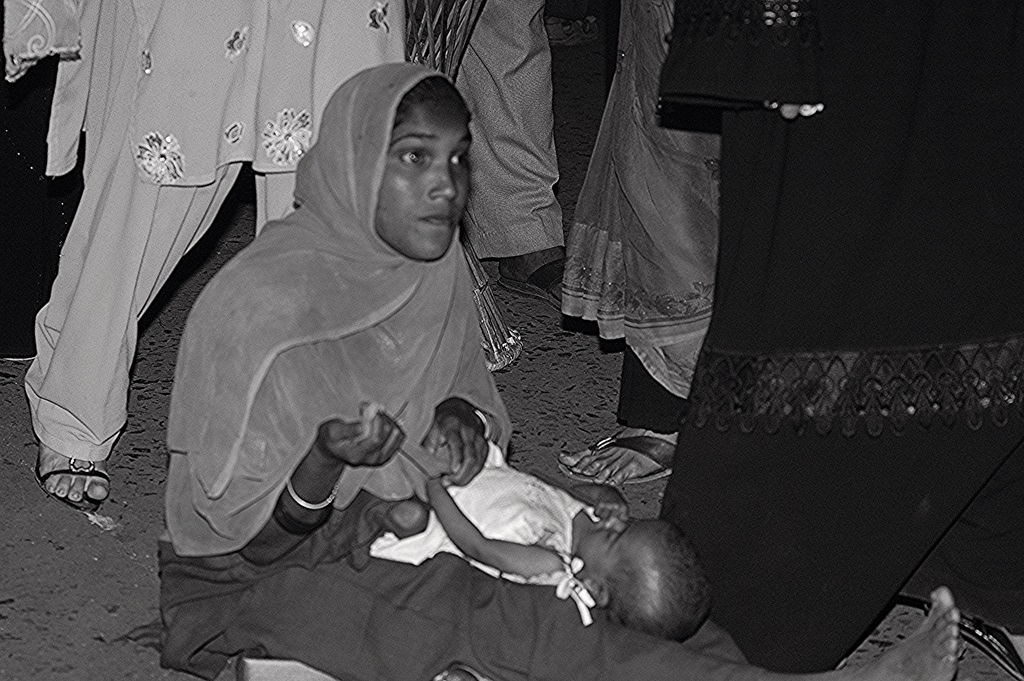 as the year ends
a new year will
dawn merriment
for the rich the
poor have nothing
to eat ..baby hears
the sounds of
dancing feet
crackers are
bursting all
around on
the death of
an old year
a new year
competes
to enter
in blazing glory
at sharp 12
lights go off
happy new year
they greet
lingering kisses
winter warmth
so sweet

for the poor
there is no new
year .. just pain
a cosmic circle
of eternal misery
complete ..

the rich with a click
of a button all problems
delete .. pretty neat