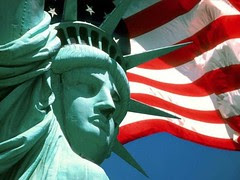 
Please read this as a poetry blog

I got a message from my favorite poet, almost a page, in reply to a message I sent him that we at poem hunter missed him..
Actually I will digress, when I had one two many racist attacks as comments on my poems at Poemhunter..in a huff I deleted 1002 poems and almost no back up, just those that I had copied at Buzznet.
So I began posting at Buzznet, but than as explained earlier I had to delet 11000 blogs because I was targeted by Muslim fundamentalists, my sites were hacked and pornographic material inserted that got me into a mess. I was disillusioned by the blog.
When I came back after the storm I began posting exclusively at Word Press and my homesite.My home site does not have the features of a blog being a photo gallery.
So Word Press kept me afloat as Bollywoods Most Wanted Blogger.Here at Word Press is a feature on my page unseen to others, I know which search engine refers a person to me..Each time I found a link of Poem hunter with the name Ryan..
I did not bother as I had stopped posting at Poemhunter but had kept a single poem alive..
Than out of curiosity I visited Ryan’s page, I was scared to leave a comment..
The rest is in my poem that I place as my tribute at his feet …
His profile for those who don’t know him…he is a Top 500 poet and his poems are among thee Top 500 poems.. a genuine contender..

' WHILE YOU WERE ASLEEP I [The Waking of Ariel]..
Frank James Ryan, Jr


He says he was searching for Vitallio Pancaldi of Italy
Sartorial curiosity signature neckwear that threw him
At poem hunter in the laps of poetry..
While you were asleep dreams that became poetic reality
But on Oct 7 2007 he took a break breaking the heart of poetry
Yes the finest poet Frank James Christopher Ryan Jr.
Humble kind his human love his humanity
Yes this in pedestrian rhyme is my tribute
To a sincere man and his honesty
Many a times his advice came in handy
Yes at Poem hunter this one poet
Taught me words beyond piety
You don’t need a muse if you have
A person as a guide like Ryan Jr
For me a poetic deity
A lamb a lion living peacefully
Mutual coexistence a sign from the Almighty
His last words to me
“but i am not a bonafide Poet per se”

I have enabled comments on this poem as he always loved to comment on my poems..


You most certainly know how to make a friend smile, and be thankful to have the support & friendship of someone like you.I am not accustomed to blushing, but my daughter caught your poem, and beckoned me with a wolf-call that could have awoken all-hallows.
Thank You very much, Firoze, for your all too kind tributive.In leaving, my one concern, was what usually does happen to exodused PH Poet's...they are all too soon forgotten & their hard work, veiled in grey cyber cob-webs.
Their accomplishments become nebulous...even in the minds of those who once were staunch, loyal readers.Your poem, complete with preface & aftermath chronology on my
scribbles, and more soberingly, your view on me as a person....was very humbling, and very much appreciated, my friend.You have enabled my name & work on PH to live another day, or more...but your gesture, as well as the
unwavered support & friendship you afforded me lives forever.We shall talk soon again.Thank You Firoze.You be well, and -FREE!