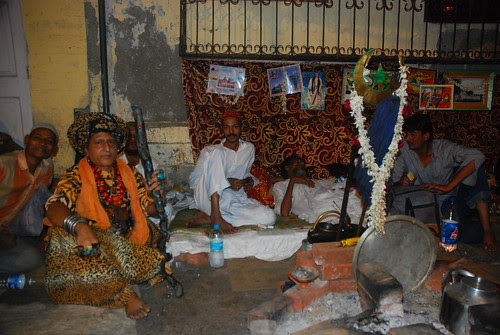 I followed them to Ajmer Khwaja Garib Nawaz the Greatest Sufi Saint , I was pulled to Nizamuddin Shah Babas Dargah .. and all to document the Rafaee lifestyle.

But I was not spiritually or mentally inclined to the Rafaees Handi Sai now dead and buried at Kota .. came to my shop wanted me to get initiated as a Rafaee but I politely refused .. I was not into body piercings as I do the actual thing in memory of Imam Hussa every year ..bleed real cut real.

But as I am updating this post now , two years back I became a Dam Madar Malang...seamlessly .. and I still meet the Rafaees but now they call me Malang..