Demystifying The Essence of Photography . 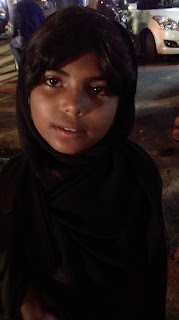 Having a camera you shoot pictures , post it on Facebook , Flickr ,,[I dont use Instagram ] or post it on Twitter ,,I too used to shoot pictures when I crossed over from analogue to digital.. once I began posting pictures on the internet I was unwittingly baptized as a blogger early 2004..For me the Gods of blogging those early raw novice years were Brandon Stone Photoblogs Org I think and Biz Stone co founder Blogspot and Twitter ,,

Now after blogging shooting pictures to be showcased online ,, a lot of changes happened thanks to Flickr the source of my photoblog , my archive and my coming of age as an incorrigible prolific blogger ,.. I was a fish among bigger fish at Flickr they still call themselves photographers I call myself a blogger ,,

I dont shoot pictures I shoot unfinished incomplete stories ,, you decide the end you dont see my picture you read my story as words silently embedded in the soul of my blog.. and a picture story hardly needs language ,,but because I am on an International platform I use English to poeticize the pain within my story.

I may have shot with my peers ,foreign photographer even Indian learnt unlearnt something but I followed my own heart , I dont expect you to trigger shoot like me .. but you must be fucked crazy to even imagine I will shoot like you ,,NEVER.

I think shooting pictures is easy with the aid of the camera but shooting stories adding it to a story board is where the mystification comes in.. I shoot seasons religion .. religiously I become part of the religion I shoot ,,I shot the story of Ganesha than told you the story of Mount Mary through the eyes two Muslim girls age 4 and 7 Nerjis and Marziya both my granddaughter .. daughters of my eldest son.. a Shia scholar , a tutor a conservative and modern as a web designer ,,when I say conservative I mean traditionalist.

I taught both my granddaughters to shoot stories ,, normally before the advent of Bakra Eid or Eid Ul Adha I shot the goat markets near JJ Colony Bandra ..simply that people should buy goats from these sellers Bandraites locals instead of going all the way to Deonar .

So this evening I was at Puma store some work , than I got off at Bandra Talao video shot Shiv Sena Shaka Pramukh Mr Sudesh Dubeys Ganpati Pandal at Bandra SV Road ,, and cut across through JJ Colony met a friend buying a goat shot his picture to make the butcher happy and someone was tugging my breeches I thought it is a goat turned out to be this little girl in the picture ,, I saw her soul reflected in her eyes .. she wanted money I gave her something..

And this is my story,, festivals bring happiness to all, those who will do Qurbani.. go for the Eid Al Adha Namaz and this feast on a lesser note than Ramzan brings happiness alms to beggars ,, Ramzan is big time charity ..and I wondered why I had not come earlier but than the last time I shot here was the demolitions of the illegal stalls ..this time there are not many goat stalls ,,for the same reason..the butcher who sold the goat to my friend once when to hit me during Ramzan when I was shooting the food pictures I was fasting I kept my cool .. but today the same butcher is a good friend , misunderstandings happen .. but he surprised me he said Sir please dont forget to place the picture on Twitter and than I realized Fuck Yes Twitter is miles ahead of Facebook with 140 words in Davids sling hitting the Goliaths of the World..

So this is a picture story I blogged at Facebook and will now copy paste to Flickr pimp it on Twitter cross blog it to Tumblr and than Blogspot it....

I dont use Ello anymore ,, my pictorial presence out there is a marker on a gravestone ,,,
By Firoze Shakir Photographer No1 - September 23, 2015