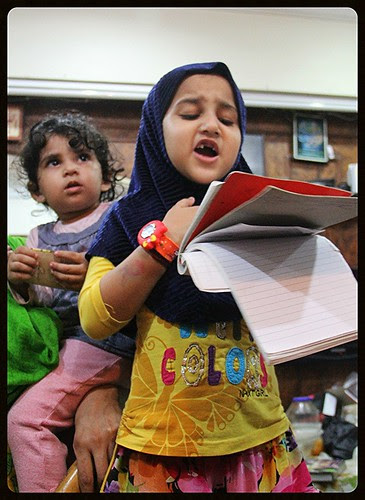 Matam For The Martyrdom of Imam Ali Recited By Marziya Shakir -21 Ramzan, a photo by firoze shakir photographerno1 on Flickr.

Mourning the Martyrdom of Imam Ali

On the 19th of Ramadan, while praying in the Great Mosque of Kufa, ImamAli was attacked by the Khawarij Abd-al-Rahman ibn Muljam. He was wounded by ibn Muljam's poison-coated sword while prostrating in the Fajr prayer.[109] Imam Ali ordered his sons not to attack the Kharijites, instead stipulating that if he survived, ibn Muljam would be pardoned whereas if he died, ibn Muljam should be given only one equal hit (regardless of whether or not he died from the hit).[110]
Imam Ali died a few days later on January 31, 661 (21 Ramadan 40 A.H).[109]Imam Hasan fulfilled Qisas and gave equal punishment to ibn Muljam upon Imam Ali's death.[