Shooting The Streets of Bandra 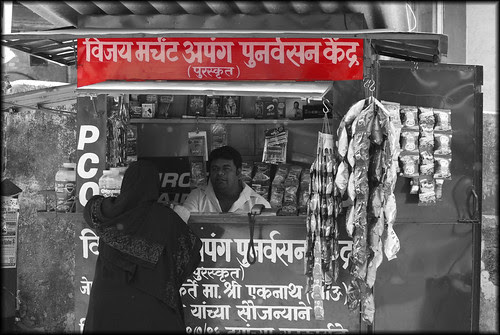 I normally use a wide to shoot the streets but of late I am using the telly lens to give a different feel and perspective to the pictures I shoot..and these are candid s without me being closely involved.

And each street of Bandra has its flavor you might not find on another street , it speaks volumes of the people who live here like a novel of Honore De Balzac..Old Goriot comes to mind.

And Balzac and Dickens were both gifted with the eye of a camera and captured what they shot brilliantly and descriptively..nuances silhouettes light shade pained with words.


I shoot pictures inspired by them , they including Dostoevesky were part of my growing up , perhaps they were street photographers shooting life without a camera .. I shoot body language and the darkness of the people that are heroes of my surroundings.

The main hero is Jesus Christ , perhaps I have shot him extensively yet Jeusus is evergreen and never gets over exposed.

That is why I get upset when people ridicule my subjects their background or their gender or culture and traditions.

So I choked my comment box.. no comments praise or hate on my pictures keep it simmering in your system instead of offloading your seminal anger on my pictures.


Funny because I shoot Hinduism some call me a Hindu but luckily though I shoot hijras extensively too.. I have not been called derogatorily as hijras are called for being hijras.

For being a Shia I am called a Kafir which is matter of pride I would rather be called a Kafir than be called a Moslem who bombs mosques and promotes fanaticism for its awe and shock value.. and those that say Terrorists have no religion is a misnomer it is only religion misinterpreted that makes them as heinous as they are.

And as a street photographer I am much close to God a God who lives among the homeless the hopeless I think the God I worship is the most poor God for he identifies himself more with the poor than the filthy rich.

This is my personal view as a poet blogger photographer...Wife is watching the finals between Sri Lanka India I am busy hitting away the keyboard of my soul..., sharing it with all of you.