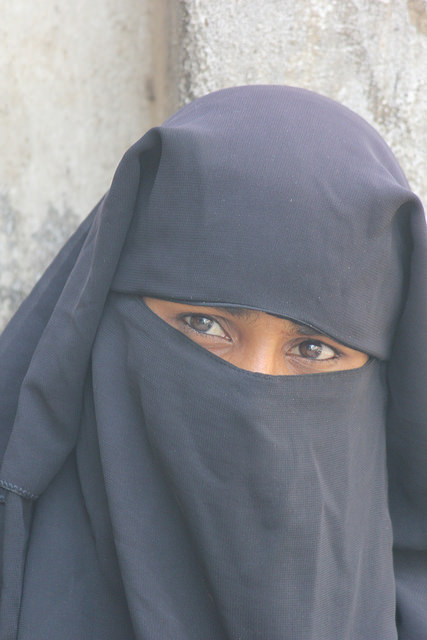 This picture has a story , I saw her shot her and than realized I had no memory card in my camera , so I was moving away but a part of me , the street photographer part got the better of me I inserted a card in my camera gave her money and shot these few frames on my telly lens .

And she is begging , she is not from Bandra  perhaps from one of the distant pockets in the suburbs Mumbra.

They come to Bandra as people are kind and generous towards beggars , and as there are many Mosques in Bandra they get money food clothing from the rich Muslims and even the poor Muslims offer them alms.


And one of my photo documentary thesis is on Muslim beggars over 4000 images shot of Muslim beggars in Mumbai and other parts of India that I have visited .

Most Muslim beggars are found outside Jama Masjid Delhi , Nizamuddin Aulia Delhi and you can go on shooting them , in my case forever .

There are Muslim beggars in Mumbai at Holy Shrines Mosques.

In Lucknow you find them in the old city and during religious feasts like Eid Shabbarat or Moharam .

But the greatest number of beggars can be found in Ajmer during the Urus annual celebration of the Holy Saint of Beggars ,, Khwajah Garb Nawaz or Hazrat Moinuddin Chishty and beggars  are found on the way to another Holy Shrine of Taragadh.

There are mostly Hindu beggars at Pushkar .