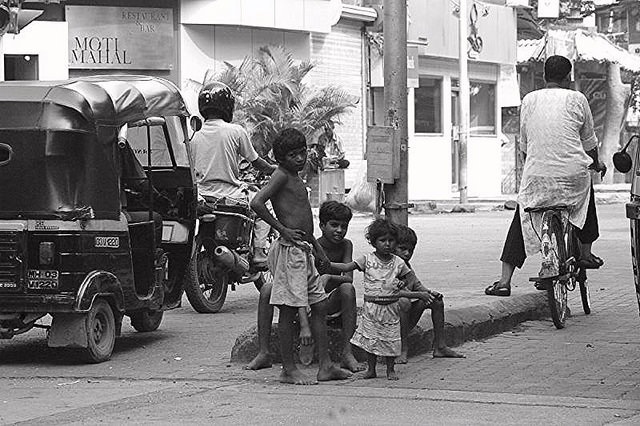 The most iconic beggar and hijra signal was this signal and in between these two lot were the North Indian Bhaiyya fruit sellers .
This was a very important traffic signal because it connected Bandras two main shopping hubs Linking Road to Hill Road..

And because of dinning joints fastfood joints and the jewelry shops this was a signal the beggars and the hijras made good money ,,

It is almost deserted now the Hijras moved away the survivors of this beggar group now beg near the Pamposh Linking Road signal.

I shot this group extensively ,and even now after so many years they recognize as the only man who shot them , their smiles their laughter , their tears ,.

The stepfathers would burn them break their hands to get in more money and I gave them money tried to help them but they found safety in their own group, the cruel stepfather was better than the cops or being caught sent to the beggars home ,,

Life was tough and they had seen money so going back to their hometown was missing out on the big dream..

Email ThisBlogThis!Share to TwitterShare to FacebookShare to Pinterest
Labels: Once Upon A Time At The Turner Road Traffic Signal They Begged
Newer Post Older Post Home