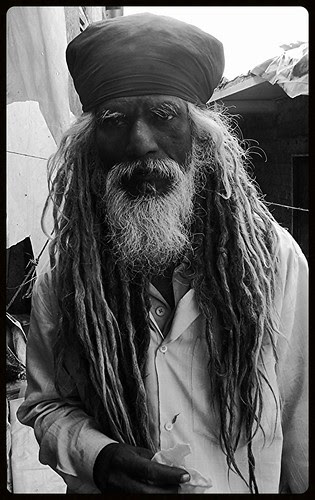 I Shoot Illusions, a photo by firoze shakir photographerno1 on Flickr.

who they are
what they are
I dont know
I shoot them
wherever I go
spectral specks
of my imagination
hallucinatory state
of my nomadic
mind ,an illusion
i suppose ,, i saw
i captured him
i froze ..his angst
his surrendered will
from head to toe
will i ever meet
him again a
thought arose
my inner layer
of illusions
said no firoze

I know a frame maker at Bandra , sane normal hardworking guy, every time I pass him I greet him and tell him he works hard , he eats his lunch late ,, recently I got talking to him ,he said he came from a family of ancient dervesh was trapped into his present lot of subsistence ..but than he changed gears asked me to which order I belonged I told him Dam Madar Aqsan.. he nodded his head he was only aware of Qalandri monks..
Than he said a lot of spirits , djinns passed by his shop and were always in a hurry towards the Bandra talao for ablutions but they nodded and greeted him..and he said it as a matter of fact,,
If you see him he is very ordinarily dressed , soft spoken...and the place where he sits is a famous pan shop..do they come for pan I asked him , he nodded his head affirmatively, I have met a lot of malangs bawas , shamans , Sada Suhagans who are male mystics dressed as women but not eunuchs.. and all this at Ajmer Sharif or Haji Malang..