Marziya Shoots The Cosmic Soul of a Beggar Poet of Mumbai 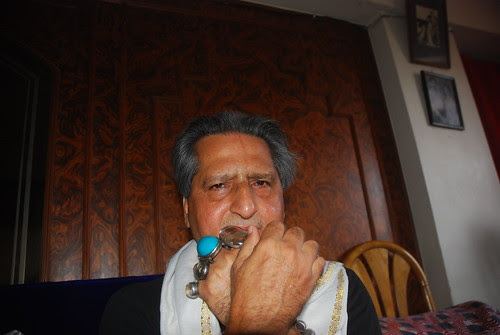 Sometimes and most of the time when I hand over my camera to someone to shoot me at an event and he fumbles and he has a tough time I think of Marziya Shakir my grand daughter 3 year old.

Marziya perhaps was lucky as she was born from the soul of a camera, the first time I met her when she made her appearance was the second day of her life I took her pictures and we clicked..cosmically and poetically.

And as she was my first grand child I shot every mood every nuance of her life her seconds her minutes her hours I had not done this with any of my three children , simply because I was an alcoholic and my poets soul was locked within the heart beat of an Old Monk.

So my quitting booze and Marziyas birth are synonymous , Marziya happened much later and through Marziya I learnt to walk by myself I was not a cripple anymore , she changed my life so I gifted her the vision of my camera eye.

Marziya began shooting pictures with the Nikon D 80 hand held from the age of 2..and she will never take the camera without putting the camera strap round her neck, the Nikon D 80 is not the lightest of camera.

She began shooting the streets beggars , kolis , jesus on the cross , hijras, whatever came my way I passed on to her , so now seeing a picture comes naturally .

Marziya is the only kid that hijras did not come for Badhai...strange.. perhaps they knew of my connection with Laxmi Narayan Tripathi...

But than again Marziya is impulsive and has sudden mood swings she will only shoot when she is poetically inclined , when I was rushing down to shoot the fire near the Bandra Bori Mosque, I knew something had happened but I came to know about the fire once I reached down below, I was going to take Marziya but her mother did not allow and rightfully so, as I would have to bring her back anyway..

When I returned after the fire I told Marziya all about it, the next day, I showed her pictures too and as her school is close to the Mosque when I went to pick her up I showed her the place where I had climbed the wall to shoot those pictures.

So Marziya curiosity is natural is all I can say.

Mehrin is my friend Tehsins daughter they are both of the same age , both will be going to Apostolic Carmel Convent , Marziya loves to shoot Mehrin.

The only problem with Marziya because of her height she shoots in the air. and she shot this picture too,the camera does not intimidate Marziya, the camera too in a way is Marziyas best friend.

As I taught her to shoot with a blindfold she knows all the buttons the trigger most of all...in a way I am fascinated with Marziyas mind her interpretation of the pictures she shoots and she checks the camera monitor for what she has shot.

Seeing the world through a camera eye and than showing the same world to strangers is a mystic karmic moment too, a moment that connects with poetic eternity.


So Marziya shoots me in a way no one has ever shot me.. she shoots my inner pain the chaos within and much more..