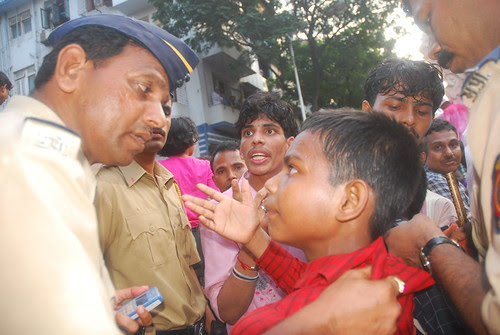 3 Mobile phones were found on their persons by the cops and they had accomplices too one of the mobile is in the cops hand , an adult accomplice was caught too.


A lot of people lost their belongings women had their mangal sutr stolen a girl had her high end camera stolen..

Such is the ground situation on Lalbagh Visarjan day the most crowded day on the calendar.

My Canon G9 was stolen in 2008 in a situation similar to this during Ashura Moharam at Bhendi Bazar near Moghul Masjid.

Never got it back till date even after lodging a complaint with JJHospital Police Station.

The cops never even got back to me in two years.