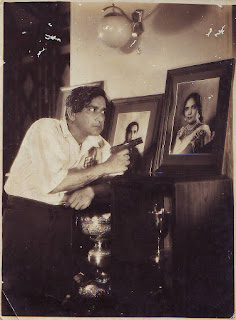 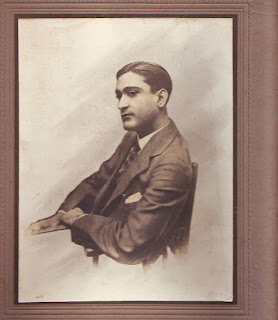 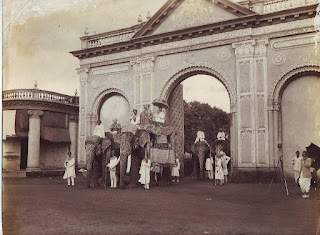 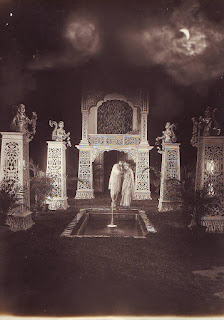 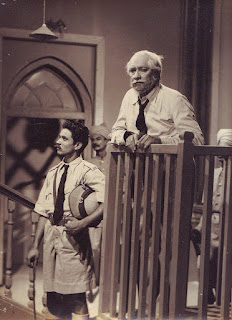 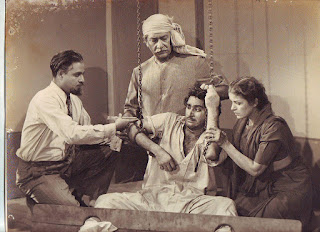 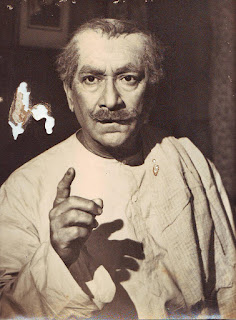 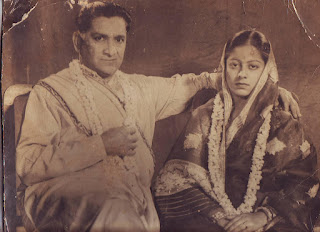 These pictures are seeing the light of day for the first time .. no picture of Nawab Kashmiri exists on the net.. these are the first ones thanks to his son Manu Kashmiri who allowed me to share this doyens heritage with all of you..

My Tribute To One Of The Greatest Actors of Indian Cinema

We stayed as tenants at the house of Late Nawab Kashmiri.. He had already passed away when we came there ..His mother in law Ammi gave my father shelter , we were living in the far off slums at Kurla...My father used to work at N Swamy Rao tailoring establishment at  Colaba close to the old Colaba bus depot and Pandya  Parsi Agiary.

The house was opulent , it had all the amenities even a mechanical life size horse on which  Nawab Sab did his exercise .. a huge  10 feet mirror on an ornate frame , where Nawab Sab I believe honed his acting .

As kids we would try out too.. Ammi had given some other parts of the house on rent too as it was huge , so we had Mr Perkins at the back with his handdsome children John Desmond and Christina , before the moved in a Parsi lady Mehroo lived there till she moved on the first floor of Rajsi Brothers at Electric House .

Than there was Ishtiaque Bhai with his two children.. I remember his daughter Acchio as a child she was besotted in love with me ,, puppy love .. childish romance of dreams yet to be born..

In one of the side rooms lived one of their relatives Tutu Bhaiyaa , and Nawab Sabs brother Late Agha  Jani Kashmiri sab who lived at Warden Road was a regular visitor , handsomely dressed in a Tshirt and trousers ,,, Agha Jani Kashmiri sab , was dashing , and we looked forward to his visits he gave u money to buy sweets ,,

Ammi hosted Maulana Kabban sab , and there used to be a huge spread best of food and another person involved with the Nawab Saabs family was Nakkan Bhai Batatwala of Bhendi Bazar roo.. his beautiful daughter Ruksana was much loved by Akthar baji ..who was Nawab Sabs eldest daughter and two sons Anwar Bhai and Manu Bhaiyya.

Ruksana  died and it saddened all of us .. she loved nohas marsiyas and was a great human soul.

After Maulana Kabban Sab passed away his son Maulana Kalbe Abid Sab began visiting the family and my dad  a poor guy would call him to our house to taste our mothers delicacies .. Maulana Kalbe  Abid sab knew my mothers family late Daroga Nabban Sab of Pata Nala .Later my marriage with my wife Afshan was solmmenized by him .. in Lucknow.

The Perkins left when Mr Matthews bought the huge Kashmiri house and later the entire building embarrassingly naming it Jony Castle... The Perkins stayed at Shellys Hotel near Radio Club and than migrated to foreign lands .

My dad after leaving N Swamy Road where he woorked as a coatmaker took a shop on rent called Ambasaador next to Vali Mohomed Tailors and Charagh Din also on Wodehouse road .

My father Mohomed Shakir was a hot tempered crazy impulsive man and a born adventurous romantic ,, he once put a hot iron on the back of his chela Gobind ,,who worked for him.. Gobind Master stayed at Cuffe Parade but loved my Dad a lot despite this incident ,, For him his Guru was God ,,,

The one great day was the regular Shayri mehfils at Nawab Sabs house .. mostly rendered by late Begum Akthar ...

So these were the early 50s  60 s of changing Colaba ... we moved away to Breach Candy and than finally settled at 3 Mohini Mansions Strand close to the hustle bustle of the Colaba Market ,,,

The house is still there my younger brother Zahir Shakir lives there now ,, we all moved away to our respective homes away from Home ,,, and these are but snippets of fading Memory

And this post is for Zahra Jafar Mehdi​   daughter of my fairy godmother Akthar Baji ..without her I would have been just another typical Miya kid lost in the backlanes of oblivion.. a skull cap a lungi and a many holed  inner vest... chewing pan and spitting out the same on some white washed wall

She changed it all by educating me ,,,remolding me ,, and this is her great contribution ... so now you know why I shoot the poor the destitute the homeless I see myself in their eyes ,,, I could have  been one of them  if my dad had not bought us to live with Nawab Kashmiris family at Wodehouse Road...from the dirty filthy slums on a Hindu crematorium at Kurla ..