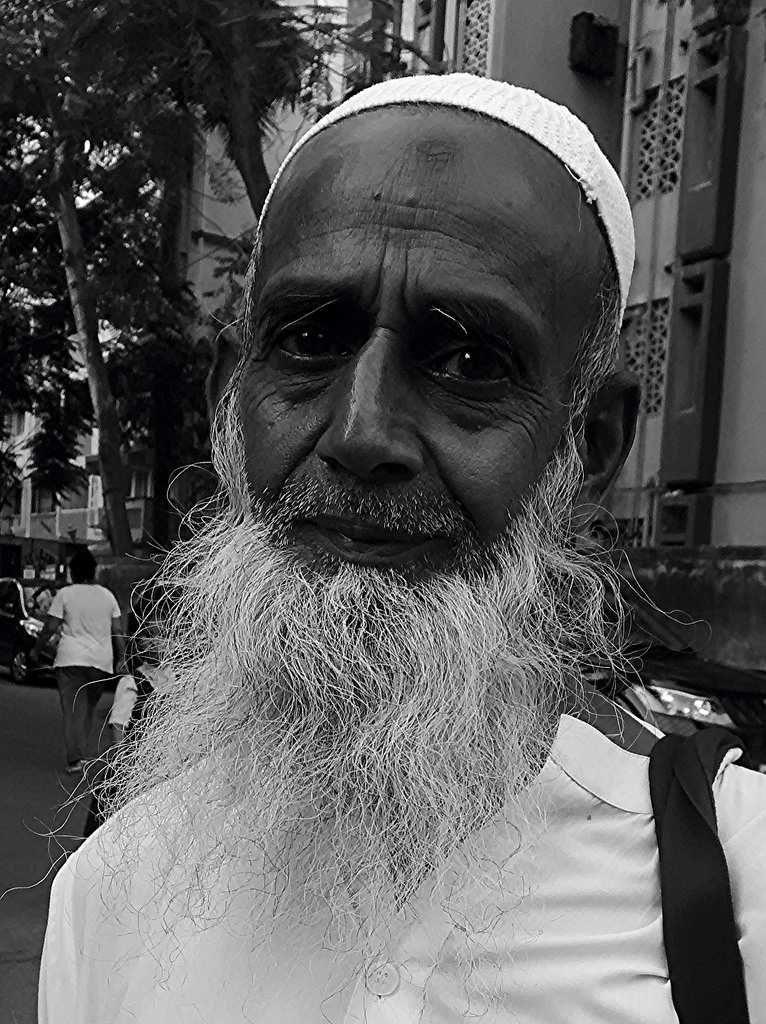 He is the guardian of blind boy I used to shoot many years back and I made a separate set at Flickr documenting this blind beggar boy , both this old man and the blind boy begged at Boran road or sometimes at the Pali Road signal..

The blind boy was operated several times but the operations failed and it has been several years I have not seen the blind beggar boy I asked this old man he is evasive and says the boy is recuperating as he is allergic to light .

This guy lives at the Bandra Reclamation transit camp near the MET Cricket grounds I called him and took this shot .

Both these beggars are from Murshidabad W Bengal .
Most of the Muslim beggar ladies are from Murshidabad W Bengal and Poriborton has not really helped them in any way ,,imagine coming all the way thousands of miles away to beg in the bye lanes of slums in Bandra .
The steady influx is seen more during Ramzan when they come to  the city of Mumbai with great hope and dreams , and most of them as they dont have identifications papers are caught by rogue cops who demand money or they are forcibly sent away as suspected Bangal Deshi to Bangla Desh there they are tortured looted by those rogue border cops ,, and it is sad .. specially if the beggar is from W Bengal..

So this is the story of Muslim beggars ,,,

And I shot him from a young age and now the old man begs alone he does not tell me where the blind beggar boy is ..