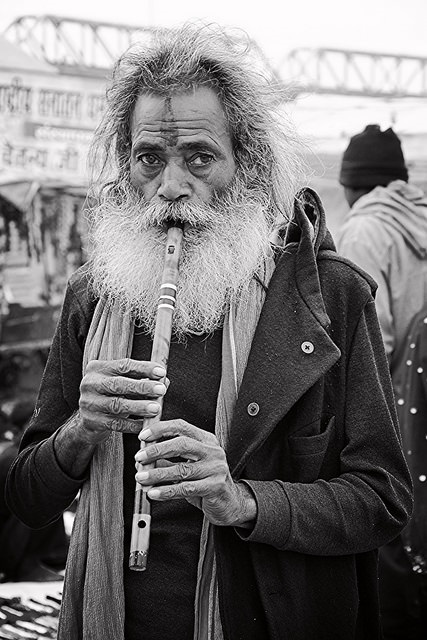 One thing if you love shooting faces , people , beggars , than the Kumbh is the best place to hone your skills as a street photographer.

And if you love shooting rituals , customs monks Sadhus Nagas and Aghoris and Tantrics than Kumbh is in your backyard.

And if you befriend a good Sadhu , from a  reputed ashram, than it becomes all the more easier.

When I shot the Nasik Kumbh I did not know anybody , no contacts nothing , but than I met Shri Vijay Giri Triveni from Juna Akhara who has his ashram near Film City Mumbai I became his friend stayed with him at Sadhugram Trimbakeshwar  on the eve of the Shai Snan shot the ling kriya , sadhus pulling a car with their penis ,,

I could not accompany him to the Shai Snan Trimbakeshwar tank but pushed my way through and shot part of it ,,seems a long time now .

There was someone else who helped me a lot I can only say a prayer for her she is not alive and I hope  God Grants her Freedom from everything..

I shot her pictures her  short lived life at the Maha Kumbh ,, but have removed them from public domain..


"We do not know which weight is worse to bear
our conquering them or their conquering us."
-Bhagavad-gita 2:6
By Firoze Shakir Photographer No1 - June 25, 2014