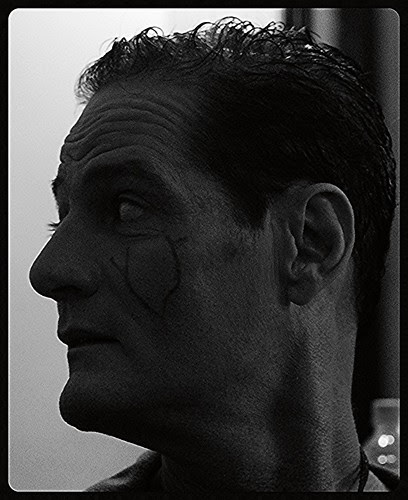 Gavin Packard The Bollywood Actor .., a photo by firoze shakir photographerno1 on Flickr.

Gavin Packard (8 June 1964 – 18 May 2012) was an Indian actor of Irish descent noted for the villain roles he portrayed in many super hit Bollywood films of the 1990s like Mohra, Tadipaar and Chamatkar. He had also acted in several Malayalam films like Aayushkalam, Season, Aanaval Mothiram and Aryan. However, he left the industry in the early 2000s.
He died of respiratory disorder on 18 May 2012 and was buried at the St. Andrews Burial Grounds in Bandra the next day. Despite his long and notable cinematic career, the funeral was conspicuous by the absence of any representative from the film industry.[1][2

Gavin was born in 1964 as the eldest of the five children of Earl and Barbara Packard. His father was a computer expert, while his grandfather John Packard was an Irish man who had come to India as a member of the US Army but later chose to settle down there.[4] He was married but his wife left him and moved to France with their daughter.[5]
Gavin was a national award winning bodybuilder and the winner of many state awards. In Bollywood, he was a trainer to Sanjay Dutt whom he met in Thane central jail, Sunil Shetty and Shera, Salman Khan’s trainer.[5]
Filmography[edit]