The Siddis - Lost Tribe of Africa 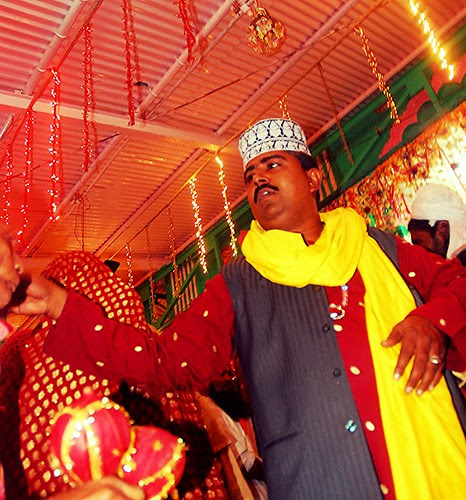 The Siddis - Lost Tribe of Africa, a photo by firoze shakir photographerno1 on Flickr.

He is the head of the Siddi Chowk at Haji Malang , I had long talks with him about his people the Siddis Indians of African origin settled in Gujrat , at Gir and Junagah and other places ..
I would either sit with him or the Malangs and in between shoot the Hijras..
I spent far little time with the Rafaees of Chancawalli...perhaps Handi Sais death had hit me hard..

I have tremendous respect for the Siddis I shall not elaborate more as the Siddis is a set on my Flickr photostream.

This is one race badly let down by society and the Government of India, simply because their heritage is being lost, they are made to beg on the streets like clowns and acrobats..
They must be rehabilitated with dignity,and I write this as a fellow Indian too.. they have remained Siddis but are integral part of our country history and heritage.

India was in old times a great sea faring nation and these African people were bought here as slaves , they rose to have their own kingdoms and fiefdoms.

The Murud Janjira fort is a reminder of the indomitable spirit of the Siddis.

I dont know much about their ancestry you can Google Search it too..

I will work more on this race in the near future ..thanks to my few Bollywood Siddi friends..

Their spiritual Saint is Baba Gor...