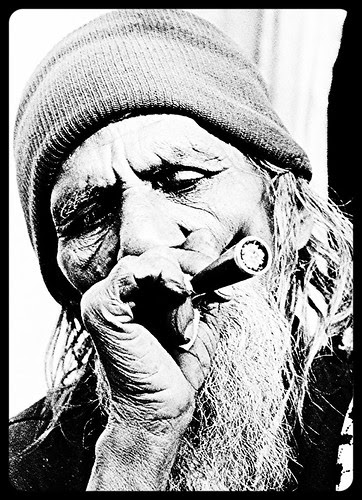 Bhandari Bawa worked as a cook for the Chancawalli Rafaees and hated me documenting the Rafaees , specially as they smoked hash, and most of the drug peddlers and other drug takers who were Murids of the Murshad came to the Dhuni.

His hate for me was venomously attacking, he tried many a times to get me into trouble and he was successful, he tripped me at the Dhuni Holy Fire and my leg touched the food for which I got a severe lashing from Late Sikandar Wali baba and was told not to come to the Dhuni. So for a year till his death I stayed away from the Chancawalli rafaees after his death I was called back by his successor Handi sai through my friend Sakib the florist.

Bhandari Bawa died a very torturous painful death at Ajmer , most of the Bawas think I cursed him to death.. whic I told them was not true merely a figment of their mind.

However now that I am a Dam Madar Malang I am respected by the Rafaees ..

Handi Sai too died at Kota and the Chancawalli Rafaees are now a splintered group totally .. a handful as compared to the earlier happier times .